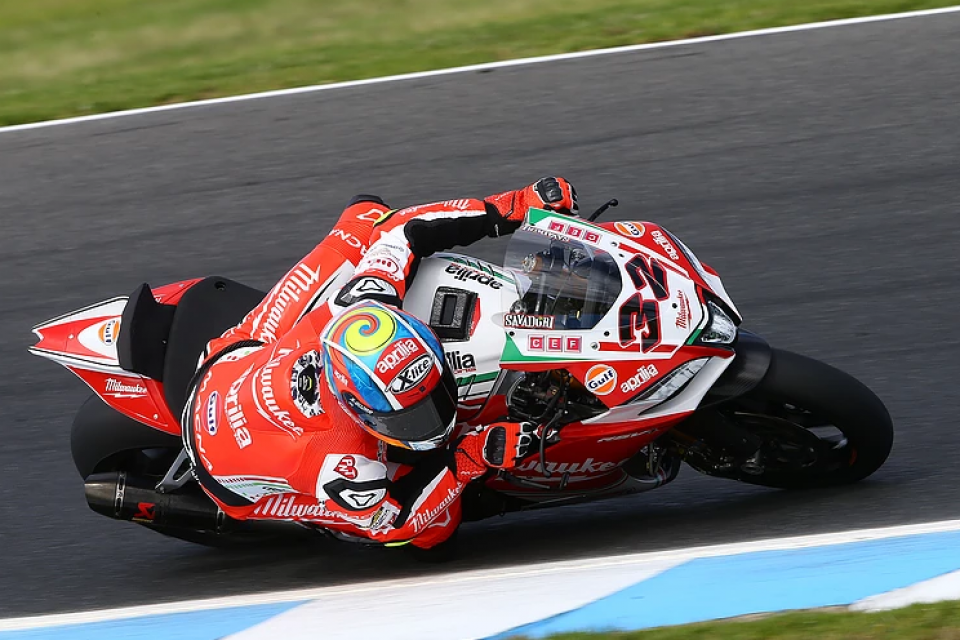 Alex De Angelis and Lorenzo Savadori expected and hoped for a different beginning, but race 1 didn't end up being a memorable race either of them. While Alex can console himself with the fact he scored two points, having finished fourteenth, for Lorenzo there is only disappointment as he crashed out in the early stages, when he was not far behind the frontrunners.

A heavy blow for number 32, who sums up his brief race: “A real pity. I made a bad start, losing positions, but then I got into a rhythm and had almost caught the leaders”. Then came the incident. “A crash can happen when you're at the limit – explains “Ciukkino” – and this shows that we still have to reduce the gap to the fastest guys. I lost the front, but I'm waiting to see the data to better understand how it happened. It's a pity because I had a great second row start, the result of the continuous progress we'd made over the weekend”.

Luckily though, Race 2 is just around the corner, with the new-look grid all set to mix things up: “It will definitely be a fight and starting down in tenth or so due to the inverted grid won't help. The top five? Maybe it's possible but we'll need to see how the tyres hold up, seeing as they dropped today leading to various changes in pace”.

Alex De Angelis did actually finish his race, though was not where he hoped to be after the positive tests completed earlier in the week. This was down to various reasons, starting with the Superpole: “I''m mainly disappointed about qualifying, because when you start so far back it's hard to score a good result. Today in both Superpole and the race I wasn't able to match the 1’31s I was doing yesterday, and I don't know why yet. I'm not looking for excuses but i want to get back to that level I we had. The two crashes in testing and yesterday meant that I lost feeling as I haven't really understood the reason for them, but I think we just need to get more miles under our belts really”.

So tomorrow the goal is to do what wasn't done today. “Tomorrow I want to start well – states Alex – and find that ease of riding that I had yesterday, not just to be ride fast but also make passes more easily. We need and want to return to the top ten, which I think is our real aim for the championship”.