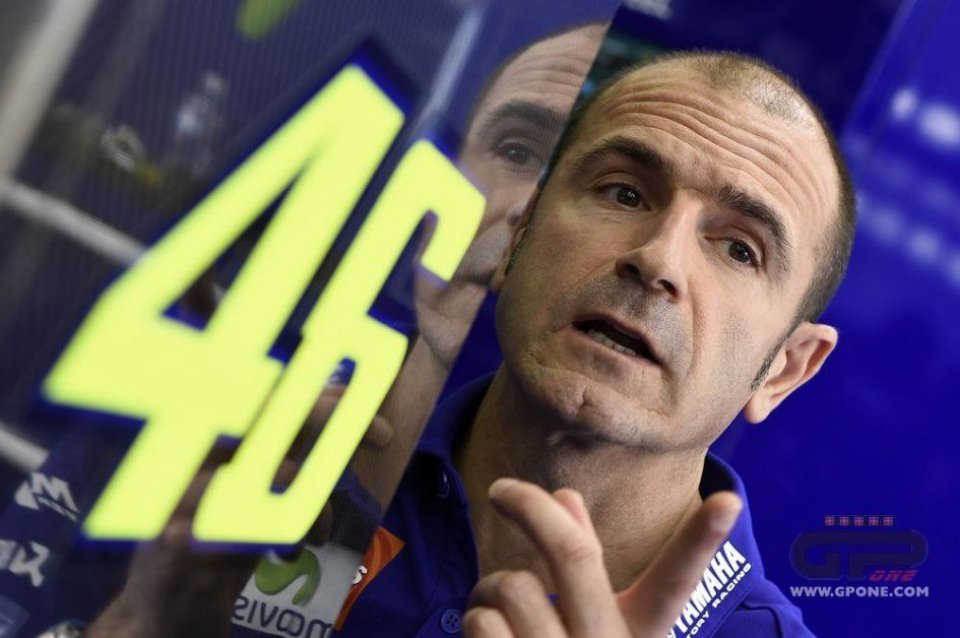 Maverick Vinales and Valentino Rossi represent the two sides of the coin for Yamaha at the Phillip Island tests. While the Spaniard proved unbeatable, the Doctor struggled to keep pace with his team-mate. The times at the end of the test speak for themselves. Maio Meregalli was quick to quash any doubts we may have about #46 though.

“We had a doubt about Vinales' race pace, seeing as we've always focused on the flying lap. The simulations we've carried out in Australia have removed the doubts though, particularly with regard to the second part of the race, where we've suffered in the past”.

Have you been able to define the frame?

“Unfortunately it's one of the elements where we still have a doubt. We hoped to leave Phillip Island with a decision but we have to postpone it to Losail”.

How have the tyres held up?

“The rear didn't offer any improvement, but the front did to some extent”.

Valentino appeared to struggle. Every time one problem was resolved, another would arise.

“He was tired more than anything. He worked on various settings to conserve the rear tyre and in the end he gave in, he was feeling his age”.

This is a unique track. Did you expect Vinales to be so fast?

“I think so, because he's shown to be fast ever since Valencia. The impressive thing is the short time it's taken him to adapt to our bike”.

How worried are you about Rossi's situation?

“Vale doesn't worry us, he tested many things and in the end some worked, he was just physically tired”.

Rossi so far back is a warning bell that shouldn't be underestimated.

“At the end of the day, this is a strange track, where everything you try refers only to this track. The only disappointment is the frame, because overall we're pleased, considering we were able to be fast on the flying lap and on used tyres. Maverick has taken a weight off our shoulders”.

Maio, right now the feeling is that the only rider who can create problems for Marquez is Vinales. Is that true?

“The championship begins on 26 March”.