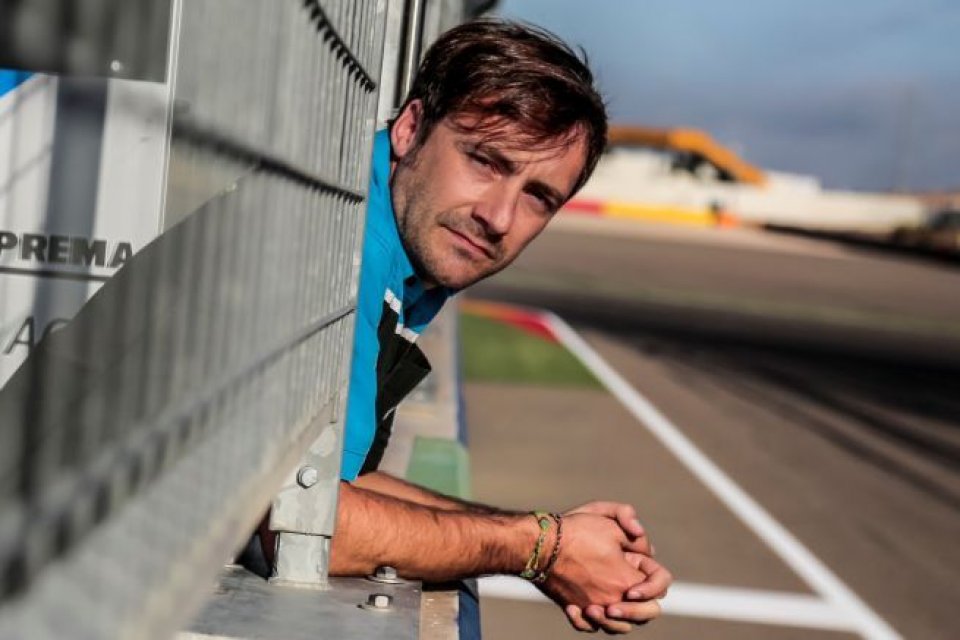 Chosen at the beginning of last season, Pablo Nieto did an excellent job playing the role of helmsman for team Sky VR46, the KTM motorised team with a three-man squad that did very well in the Moto3 class, the category with the fiercest competition and the best-balanced in the championship arena.

Confirmed thanks to the technical skills developed in the past in his racing experience, once again in 2017, which was officially kicked off in Milan with the presentation of the official team, Pablo will be able to count on his people skills, fundamental for covering a nice and important role like his. “A year ago I had a great desire to begin - Nieto stated enthusiastically - now, on the other hand, I can’t wait to get restarted (he laughs). I have very good sensations. There are a lot of us who believe in this project and our passion has basically been doubled.”

Doubled passion for double the effort: “We worked hard during the winter break to put a team together in Moto2 that will work alongside the Moto3 team. This step is right and important for us. We are all very happy and we think that it is only right that Sky VR46 is involved in two classes of Grand Prix Motorcycle Racing.”

You have been defined as the team coach, the “pencil sharpener” for these guys. What was the psychological aspect that you worked the hardest on?

“A different attitude was needed for each one of them. Bagnaia is a calm person, so with him there is no need to apply any pressure. Manzi, on the other hand, is the exact opposite of ‘Pecco’. In fact, sometimes Stefano needs to be calmed down, but I understand that. He is coming from the CEV Moto3 class and he wants to cut a good figure on the Moto2 Kalex. Bulega is the perfect blend of Bagnaia and Manzi. He alternates between times of extreme calm and others when he is more agitated. And then there is Andrea Migno. He seems small, but he is actually big in every sense of the word. My job is to make sure everyone stays focused and to keep the primary goal clear in their minds. Each of the four has talent and particular characteristics. We need to make sure that they all express themselves at one hundred percent.”

How do you do that?

“My father, Angel, watches me work from afar and he gives me advice. He was the king of race strategies. The result of a Grand Prix is not improvised on Sunday, but it is built throughout the weekend. It goes through preparation of the bike, without leaving anything to chance. That includes managing the riders, which is my job.”

Of these four talented riders, which one reminds you of Pablo Nieto, the rider?

“Hmmm, maybe that would be Migno. Andrea is the one that works harder than any of them. He truly believes in his abilities and I appreciate that quality in him. Migno rides the bike with a clean style and, just like I was, he will need to be more aggressive in the race finale, because he has the potential to win.”

On the list of things to do in the next tests, what is the first item?

“First of all, we will need to understand the bikes, both the small KTM single-cylinders and the Moto2 bikes with Honda 4-cylinder engines. They will be new bikes for us. The Moto3 bikes have been revamped in various details and we have never tested the Moto2 bikes. Our priorities will therefore be to understand how the bikes perform on the track and to explore the possibilities for making changes in the garage.” 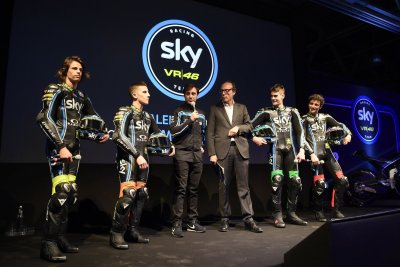 When you watch your riders from pit lane, how do you feel?

“I feel like big brother. Or, better yet, as if I were their older brother. When I watch them on the track it is as if I were racing again. The guys make me want to race again.”

If you could choose to win a title in one of the two categories, which would you want?

“It isn’t exactly easy to choose! I think that as a team, we deserve to win in both classes but… I wouldn’t know how to answer with certainty. However, I can already tell you who the hardest rivals to beat are: Bastianini in Moto3 and Luthi in Moto2.”

Last year, after the Moto3 race, the tension dropped for you. This year that will not be the case…

“You are absolutely right, but it will be nice – double race, double the effort, but also double the fun.”

Pablo’s dream? To be in the same situation as his father, Angel was in 1999: his son, Gelete Nieto was leading the race, but his eyes were fixed on Emilio Alzamora. If Nieto junior had finished first, it would have been “goodbye championship”, so the greatest Spanish rider of all time made the decision: he stopped his son, giving him the order to slow down and let Emilio, currently manager to Marc Marquez, win his only title. The most difficult question is the last one…

Pablo, would you do the same thing your father did?

“If it fell to me, I would do the same. Those are difficult decisions to make and there is not much time in which to make them. I would like to find myself in a situation like that. It would mean that we have done a good job.”