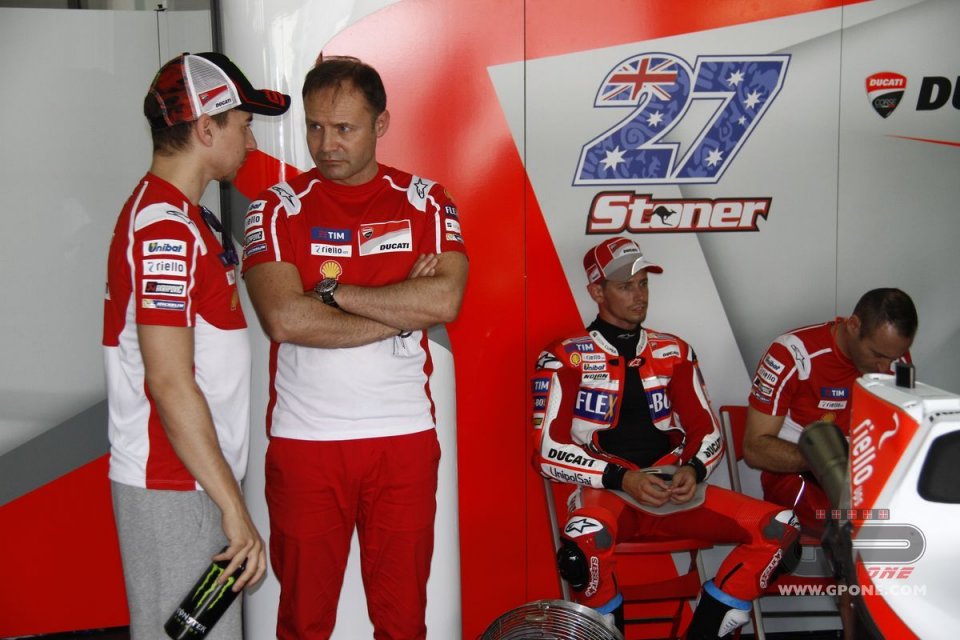 Lorenzo meant what he said during the Ducati presentation at Bologna. Jorge's taking the new red adventure very seriously and proof of this - if proof were needed - is the fact he's already arrived at Sepang.

The Majorcan was in the garage late this morning, just in time to watch Casey Stoner's first exit on the Desmosedici GP17. When the Australian - who is working alongside Christian Gabarrini this week, the Spaniard's crew chief - came back in, Jorge listened carefully as he provided his feedback to the technicians.

Once the brief technical meeting was done, the two greeted each other and spoke intensely for several minutes, before Casey went back out.

The Kangaroo has two bikes available, both with 2017 specifications, but one with wings and one without to be able to make some direct comparison tests.

Lorenzo then moved to Pirro's corner, to also hear the test rider's impressions, on track since the early hours despite the damp track which even forced riders to use rain tyres first thing.

His work has already begun, even before he puts his leathers on. For that, we have to wait until Monday, when he'll be out on track alongside the other riders.