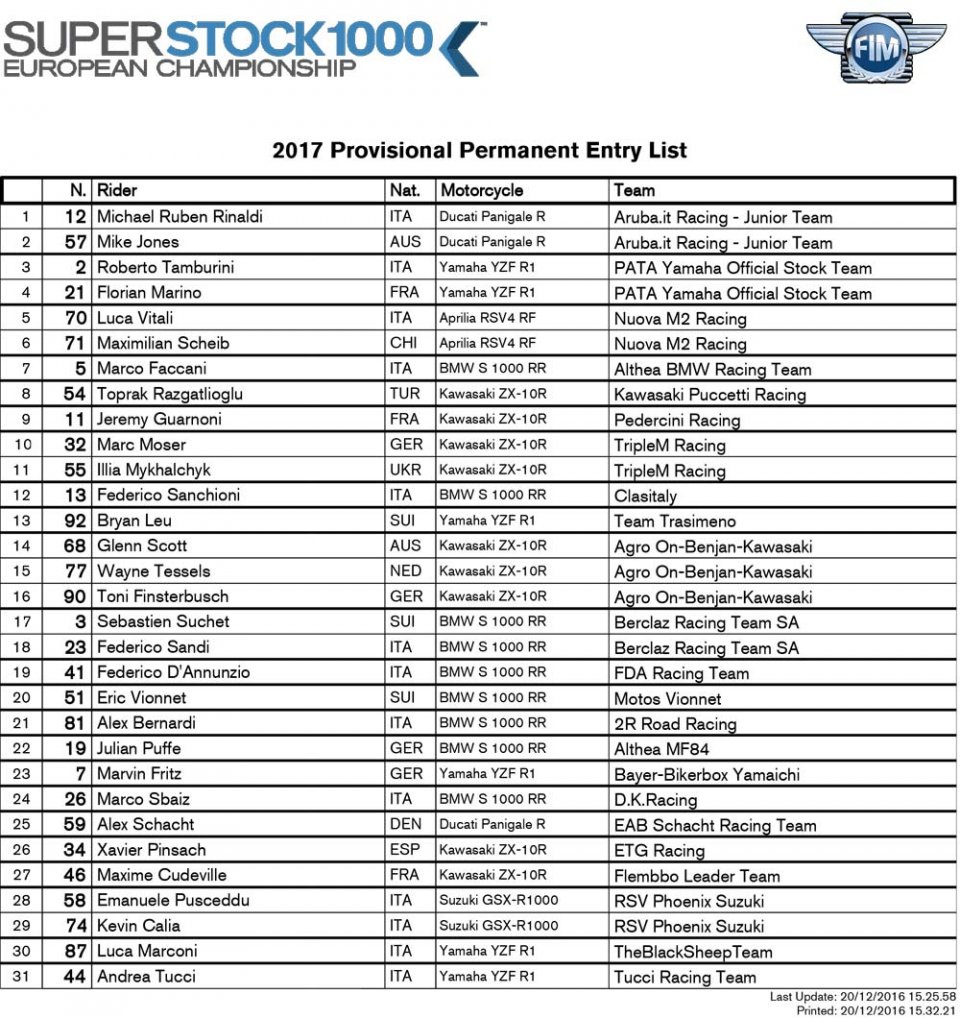 Following the publication of the Superbike, Supersport and Supersport 300 entry lists (available HERE), the Superstock 1000 European Championship list is now available too. 32 riders will line up on the grid next season, representing 6 different manufacturers.

It also looks like being happy hunting ground for the Italian contingent. The blues make up more than a third of the starting grid, with 13 riders. Furthermore, many of them are with first-rate teams, like Micheal Ruben Rinaldi on the Aruba Ducati, Roberto Tamburini with the factory Yamaha, Luca Vitali on the Aprilia of M2 and Marco Faccani on Althea's BMW.

That's only the tip of the iceberg though... Three Federicos, in the form of Sanchioni, Sandi and D’Annunzio, will be on BMWs, as will Alex Bernardi and Marco Sbaiz. The only two Suzukis will be ridden by Emanuele Pusceddu and Kevin Calia, while Luca Marconi and Andrea Tucci will have an R1.

In terms of manufacturers, Kawasaki and BMW are represented with 9 bikes apiece, followed by Yamaha with 6, Ducati with 3 and 2 for Aprilia and Suzuki.