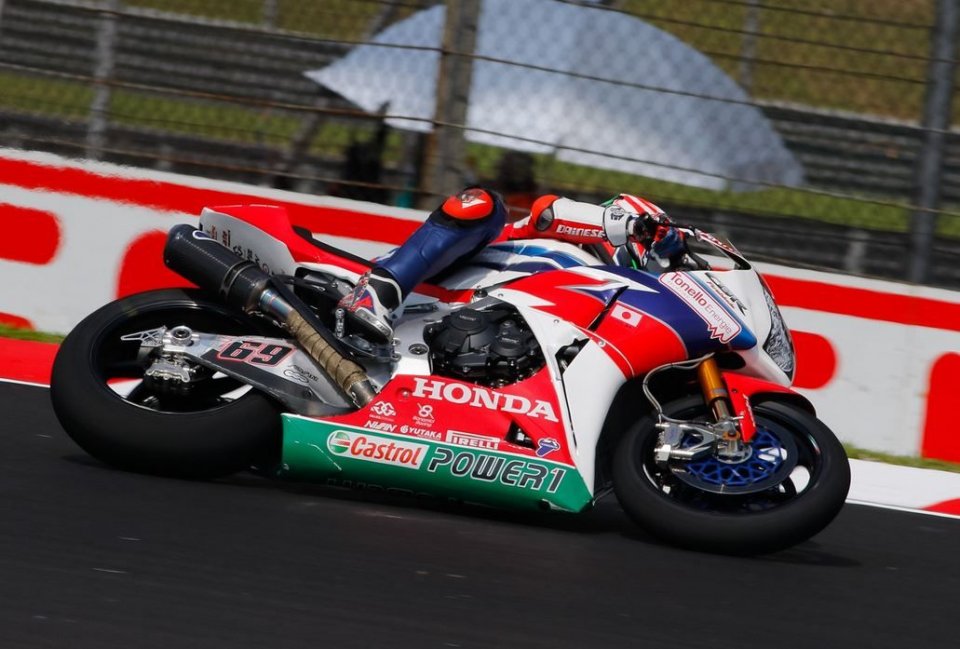 Not all of the Superbike riders were happy with the new starting procedure laid down in 2017. Nicky Hayden, however, like it.
Here's how he answered to our colleague Matthew Miles of Cycle world.

“I like it. I really do. There was some talk in the safety commission. They were kicking around some ideas. Some people said, “Well, you like it because you finished fourth or fifth at a lot of places last year.” That’s true. I wish they would have done it a year earlier. As a pure racing person, okay, maybe I don’t love it. But for the things that they’re trying to accomplish, I think it can create better racing. I know a lot of people don’t like it, but a lot of that is just the grumpy old guy at the hardware store who just wants to keep doing it the same way he’s done it for 50 years. (…)

It’s not a complete reversal of the grid. It’s really just guys moving back two rows. Chaz Davies won a lot of races last year starting fifth, sixth, and seventh place, anyway. So, it’s not like they’re taking you out of race two or the fans won’t see you. It’s going to be unpredictable.(…) Hopefully, it will spice up things. It’s different than MotoGP and, let’s be honest, World Superbike needs some excitement. I think fans have gotten tired the last couple of years seeing the same factory guys winning. It’s our job to raise up and match them, but I also think a little tweak in the rules could be positive”.