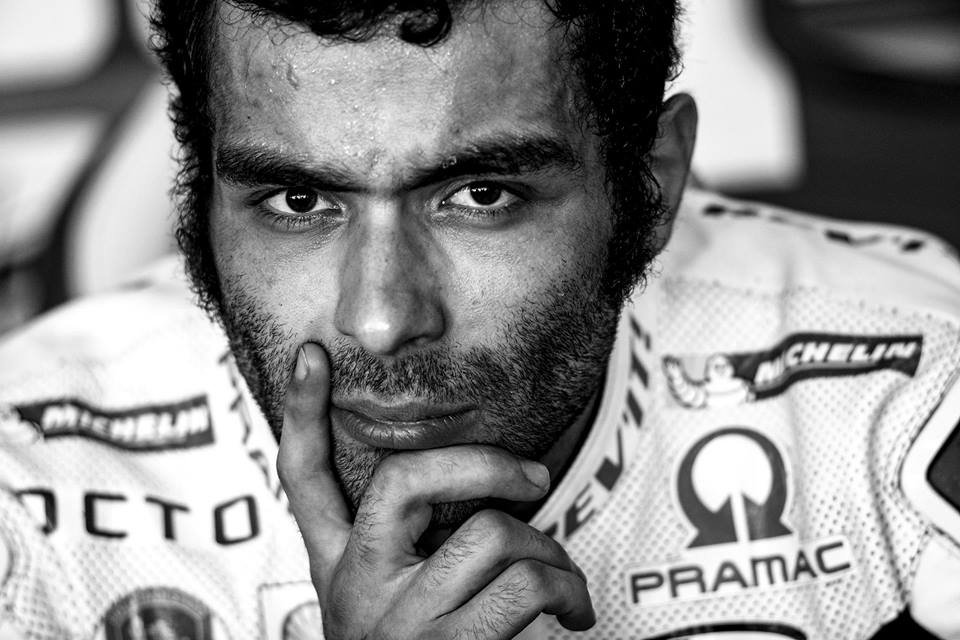 His 2016 definitely didn't get off to the best start. The injury at Phillip Island meant Danilo Petrucci was on an uphill climb. But he never thought about throwing in the towel, simply gritting his teeth and getting back on  track. He may not have reached the podium, as he did last year, but the GP17 is clearly a special prize, just reward for his efforts. The Pramac rider was in Brembate di Sopra today, for the Nolan Christmas party, surrounded by fans.

What would you like to find under the tree?

“To tell the truth I have written my letter yet, I'm a bit behind. I think Ducati has already given me a great gift, with the GP17. I've bouth an Enduro but I don't think I'll get it in time for Christmas”.

Iannone has bought himself the 1299.

In 2016 weather played a big part. What stopped you being as competitive as you were in 2015?

“At Assen I was leading in the rain, then the bike broke after the interruption, that was a big disappointment. In Germany I started out with the same time as Rossi, I was in front for ten laps but then crashed because I pushed too hard. In Malaysia I didn't have the right confidence with the front while in Australia I was able to achieve the third fastest time. Technically, I think having a satellite bike conditioned things, and in fact at the end of the season we were far from the leaders. Then there was also the subject of the official bike which had a bearing, though I don't know how much”.

You and Redding seemed ready to do anything for the GP17.

“I don't know about him, but I wanted to seize the opportunity. My season only really started at Le Mans, I didn't have any goals in terms of the standings, but I wanted to make up for things, especially after the injury at the start of the year. The GP17 was my only goal. Redding only finished in front of me on two occasions. Let's say that the GP17 was an objective that was within my reach”.

How much of an effect did the Phillip Island accident have?

“I think I missed out on the chance to change team, perhaps even a move to the factory team. This year, the market opened early and I was left out to a certain extent because of my injury. I had to make peace with myself so that I wouldn't have any added stress beyond my hand. After the first injury my world fell in on me, then the second time I dealt with things more calmly, without rushing anything”.

A while ago you said that you've had to fight against some negative sensations this year.

“This was related to the fact that I lost confidence in the bike and tyres when I crashed. I didn't have the right level of confidence to deal with the Michelins. Also, racing against my team-mate was not easy, because I had to avoid making any mistakes”.

You won the head to head with Redding. Your new challenge is now the GP17. Do you think you'll create problems for Jorge or Dovi?

“First I want to get back to fighting against those with factory bikes. I'd like to learn from both Jorge and Dovi, gaining from their experience.  Being close to them is already a great starting point. Lorenzo has won several world titles, so it won't be easy to beat him”.

What will the atmosphere be like with Scott, after this season?

“I have no idea, I've not thought about it. A team-mate is always your main rival, with a better bike I should be faster. My aim is not to finish ahead of Redding, but to be close to Dovizioso and Lorenzo”.

Ciabatti has said he's confident with regard to the tyres.

“They have changed during the year, depending on the track. I think experience has helped Michelin to provide better performing tyres and also a wider selection. I think they could be better, even if I was quite fast at the start.”

Can the 2017 Ducati be a title winner or do the Honda and Yamaha have something extra?

“Ducati has taken Jorge with the aim of winning the title, his career stats speak for themselves. I don't know what will happen, but I think the bike could win the title yes.”