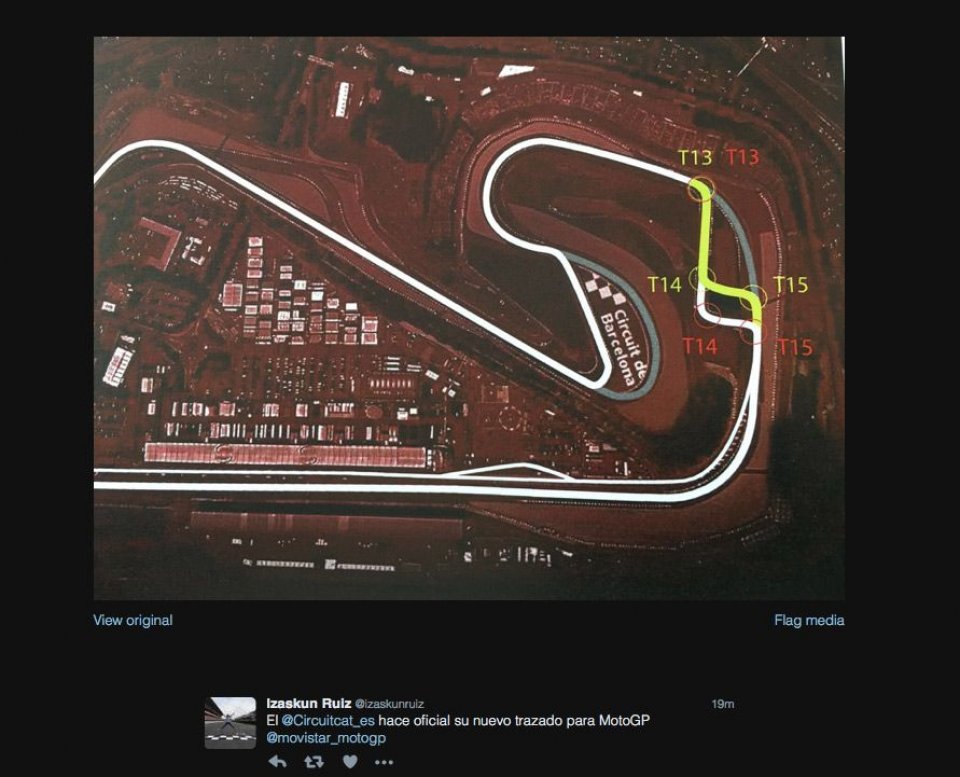 Barcelona’s turn 13, the one where Luis Salom lost his life in the last Catalunya Grand Prix, will be no more. The circuit officially approved the new track layout as shown in the photo above, posted on Twitter by Movistar TV journalist, Izaskun Ruiz.

After the fatal accident, the race followed a different layout that traced the one used by Formula 1, where the turn is replaced by a chicane. The change will become permanent, although the bikes will use a slightly different track than the one the cars use: in fact, the chicane (in green on the photo) will be positioned before the location where it is placed for the cars.

Turn 10 will also be changed, moved up and made more narrow, in order to extend the run-off area. The new track length will be 4,652 metres, 3 less than the F1 track.

The works to improve track safety should begin very soon so that they can be completed in time for the Grand Prix race scheduled on 11 June.