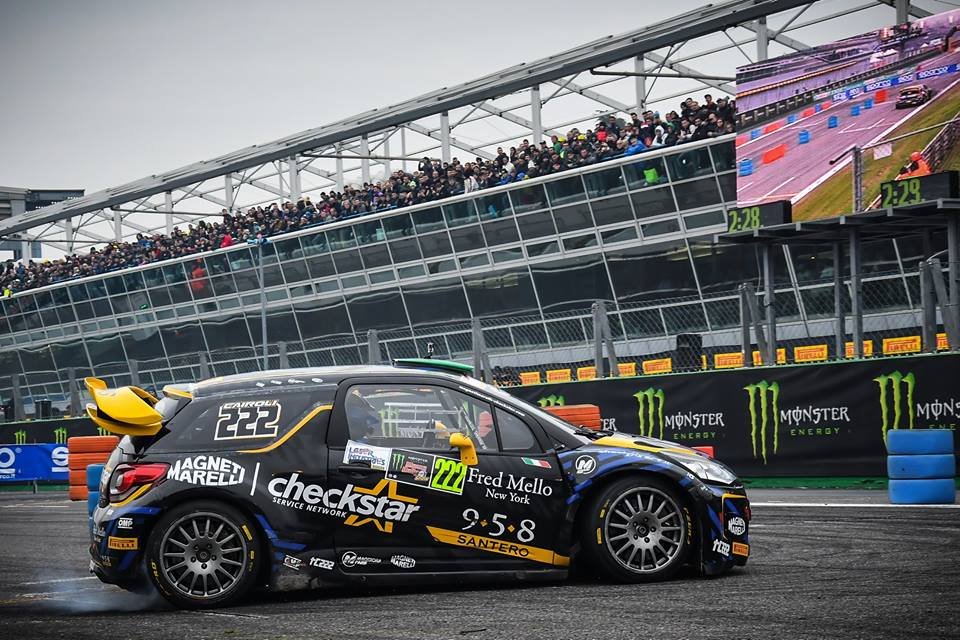 Tony Cairoli's adventure at the Monza Rally Show didn't exactly go to plan. An electronic problem ruled the Sicilian out of the running on Saturday night, while in Sunday afternoon's Master Show he had to deal with a broken axle shaft, leaving the path clear for Rossi.

“It was really a pity this year. We could have reached the podium, we believed that, but there were all these little problems that had an impact. In the Master Show the broken axle shaft put paid to my chances, I was even in front of Valentino at the start. It was great to be a part of the race again anyway”.

How did it differ from your 2015 experience?

“I have to say that last year I was more confident, with a damp track I was able to adapt better. In the dry and with a higher temperature, I struggled to find the right settings. It's not easy to come back after a year away from the Citroen”.

Is there no chance we'll see you in the WRC?

“There's no chance, you need a lot of experience with the notes because they make the difference. Rallycross is more likely”.

“It would be great to do so as a winner, to tell the truth I've not thought about it until now”.

What do you need to score a ninth title?

“Consistency is the key, but also avoiding injury, and keeping up with training. It's sometimes not easy to find the right motivation while training, after so many years”.

How will it be to work alongside Herlings?

“It will be good motivation, for both him and me. He's definitely a tough rider who wants to achieve great results”.

You should have taken part in the Bettega Memorial at the Motor Show.

“It's true, unfortunately I can't because I have testing with KTM”.