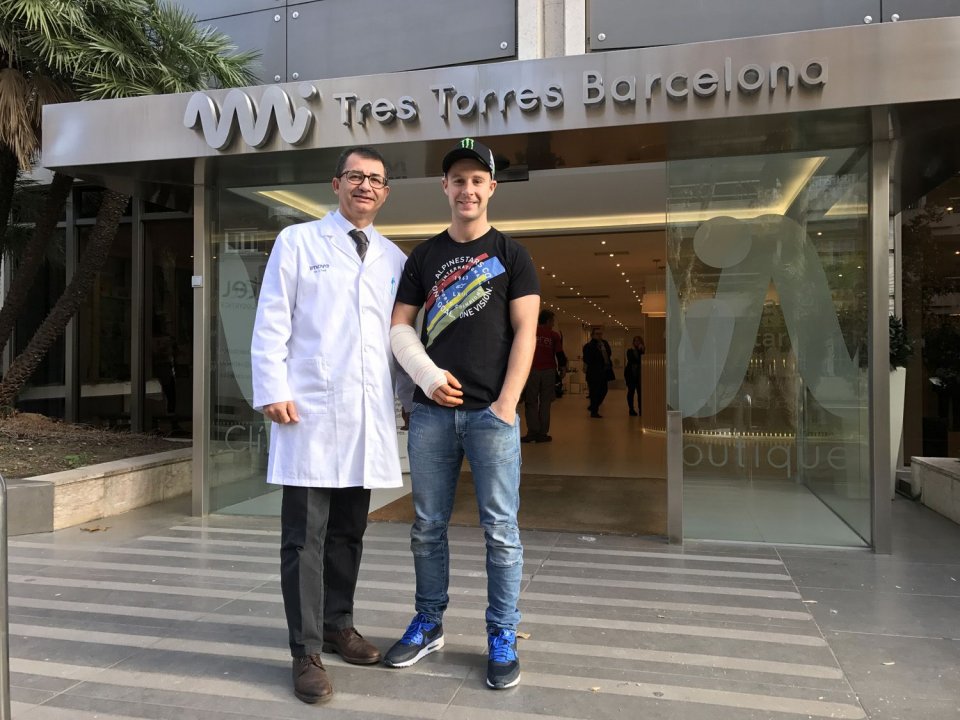 Let Jonathan Rea’s adversaries be warned: the two-time World Superbike champion may be even stronger next year. In fact, the Kawasaki rider, has been racing while suffering from compartment syndrome in his right forearm, a problem that he has now decided to overcome by undergoing surgery.

Jonathan Rea successfully underwent surgery on his right forearm Tuesday evening to relieve compartment syndrome, a condition from which he has suffered for most of his racing career.

Doctor Jordi Font performed the surgery in Barcelona’s Tres Torres Hospital.
Today Jonathan will return home to the Isle of Man to continue his rehab procedure, before travelling to Australia to begin his pre-season training program ahead of the 2017 WorldSBK Championship.

"I’m very happy with the surgery as I have been struggling with this condition for a long time. I found myself not only suffering physically, but mentally as it took a lot of focus away from me when I was racing. Some circuits on the calendar present a bigger problem than others, so I’m excited to be able to try and get on top of this problem and not have to think about it anymore. I am even more motivated to win a third WorldSBK Championship so this is an area where I can improve myself", Rea explained.

"We successfully operated on Jonathan Rea - Dr. Font added - and we truly found strong pressure in the forearm muscles compartments, both in the flexor and the tensor of his right arm, for sure he must have gone through some issues while riding his bike penalizing his performance. With the operation being successful Jonathan will start a rehabilitation program next week to be 100% for the coming season."