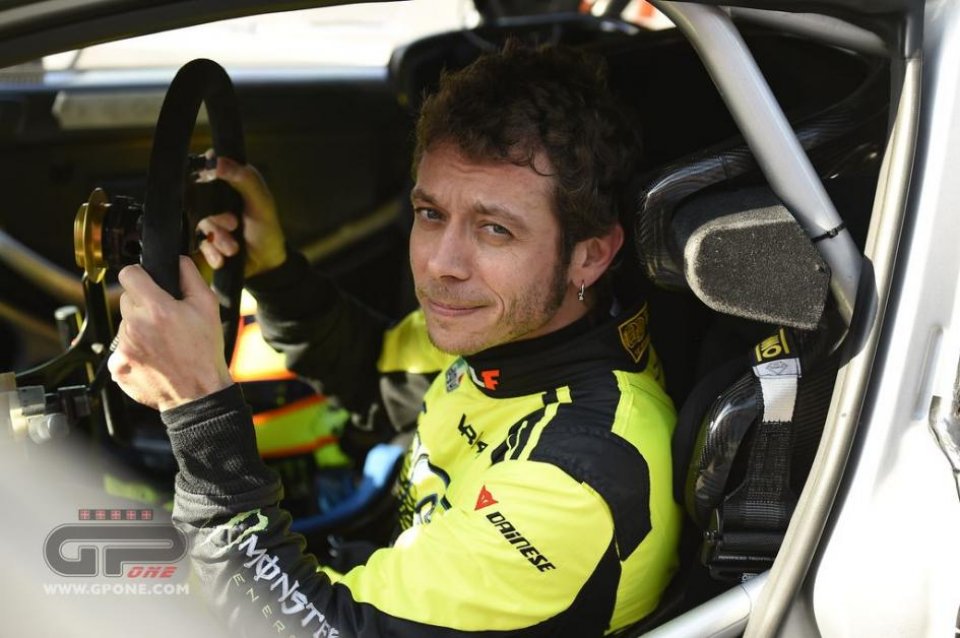 It's not a world championship race, and he won't come across Marc Marquez or Jorge Lorenzo either. But this is of little importance to Valentino Rossi, because the Monza Rally Show is one of the events at which the Doctor really wants to do well, and doesn't plan to leave anything to chance. Last year he scored his fourth win, but in the afternoon's Master Show he was forced to lay down his weapons, defeated by Tony Cairoli. A battle that has left its mark on the nine-time champion's face.

He doesn't even have chance to recover from the Sepang tests, as from Wednesday he'll be in action with the Ford Fiesta WRC, paired with Carlo Cassina. Valentino dreams of victory at the temple of speed, but he'll have to watch over for the competition, more battle-ready than ever. Starting with Dani Sordo. The Spaniard knows Rossi well, as in the 2013 edition is was he who beat the Doctor. On that occasion, Sordo was on track with the Citroen DS3 WRC, while this time he'll be at the wheel of the Hyundai i20 WRC.

Let's not forget the other contenders though. Tony Cairoli has exceeded expectations in recent years, continuing to grow with his win in last year's Master Show a clear example. Now, #222 wants to raise the bar, and sets out to also win the race, which will get underway on Friday evening. As well as the MX champ, Rossi will have to keep an eye on his team-mates, because the Roberto Brivio and Davide Brivio pairing was on the podium last year. They are not to be underestimated. The two brothers will be on track with the Ford Fiesta WRC, as will Valentino's friend Uccio, navitaged by Mitia Dotta.

It seems that rallying is becoming increasingly popular among motorcyclists. The latest to have caught the bug is Andrea Locatelli. The Italian, who will make his Moto2 debut next season with Italtrans, will take part in the show with the Ford Fiesta R5, the car with which Giandomenico Basso won this year's Italian Rally Championship. The countdown to Monza has officially begun...

VIDEO - The Doctor and the Acrobat: the Rossi and Hodges show at the Ranch