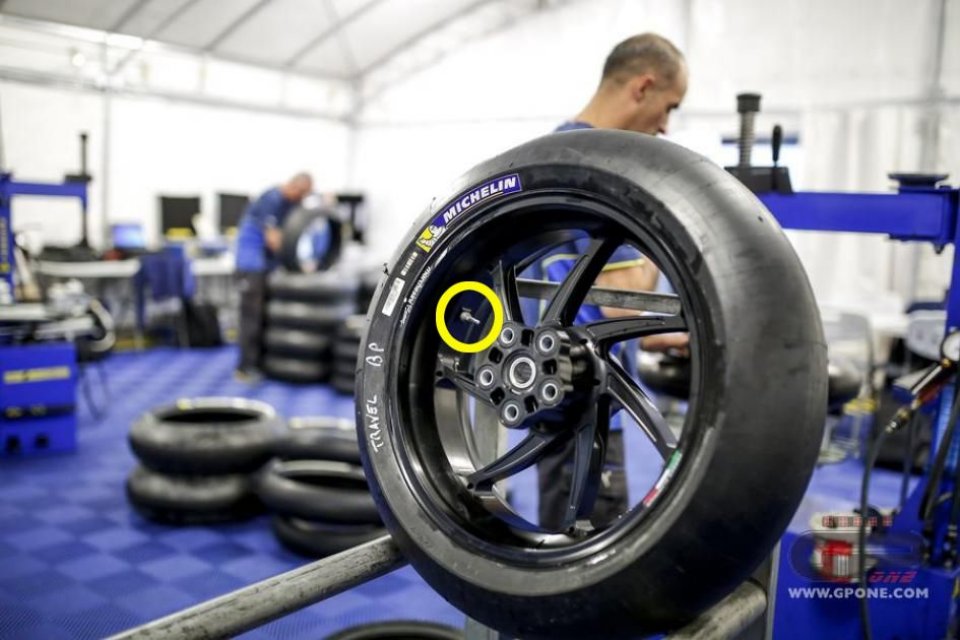 Anything that is not permitted must be expressly prohibited. This seems to be the GPC philosophy as they continue to rewrite the technical regulations in order to prevent them from any open interpretation.
In some cases, it is the right thing to do, in others, not so much.

The former case includes the prohibition of devices that adjust tyre pressure when the bike is on the track. These are valves designed to release air when a certain pressure is reached. This is a device that can be used to improve grip, but if it fails, it can cause disastrous consequences.

The latter case, however, includes the prohibition of non-homologated sensors during free practice sessions. It seems a bit like relentless therapy to allow them only in FP4.

There is already a restriction on the use of the factory riders during tests with only five days available. How far do they want to go?
As for the sanctions imposed on a rider before a race, reiterated in the event of a restart for a race that has lasted less than three laps (remember? It happened to Quartararo in Australia), this seems like real nonsense: the start is always one of the riskiest moments in a Grand Prix race and if a rider pays for the penalty in a race that is then interrupted, it seems excessively punitive to repeat the sanction in the event of a second start, even if it was stopped after only a few laps.

The Grand Prix Commission, composed of Messrs. Carmelo Ezpeleta (Dorna, Chairman), Ignacio Verneda (FIM CEO), Herve Poncharal (IRTA) and Takanao Tsubouchi (MSMA) in the presence of Javier Alonso (Dorna) and Mike Trimby (IRTA, Secretary of the meeting), in a meeting held in Valencia on 12th November 2016, made the following decisions, effective beginning from the 2017 MotoGP season:

MotoGP Class Aerodynamic Evolution - At the last meeting of the GPC in Motegi a limit on the number of upgrades that a manufacturer can make to the design of their fairing or front mudguard during the season was imposed. It has now been agreed that Manufacturers in their first season of participation are not subject to this restriction and can make unlimited changes subject, of course, to designs complying with regulations.

Tyre Pressure Management - Teams are already required to respect tyre use parameters which have been agreed in consultation with the tyre suppliers. A new regulation has now been agreed that prohibits the use of any device on the wheel to control or adjust tyre pressures whilst on track.

Safety Lights - It is no longer a requirement for the rider to be able to operate the safety light whilst on the motorcycle. (This is managed by the machine electronics).

Track Familiarisation  - Previously, riders using road-homologated machines for track familiarisation, that are the same capacity as the class of the rider, were required to submit details of the machine to be used to the Technical Director for approval. To remove this requirement a list of permitted changes to the motorcycle will be included in the regulations which defines which parts may be changed.

Moto3 Chassis - Subject to certain restrictions on upgrades to performance parts and the use of 2017 sensors, teams are permitted to use a 2016 chassis in 2017.

Engines - The regulation has been clarified and now states that the machine may be propelled exclusively by an internal combustion engine.

Interrupted Races and Restarting - The regulations already state that to be classified in the results of a race, whether interrupted or not, the rider must enter the pit lane, riding or pushing their motorcycle, within five minutes of the chequered or red flag being displayed. When a race is interrupted after three laps have been completed then the same condition will now apply to be eligible to participate in any restarted race.

Restarted Races – Penalties - Any start position penalties applying to a rider in the first race. e.g. a drop of grid position or starting the race from pit lane,  will now be considered to have been served at the original race start and will not apply to the restarted race, except when the first part was for less than three laps in which case the penalties will carry forward to the restart.

Pit Lane Safety - At the GPC meeting in Brno it was decided to restrict the number of mechanics working in pit lane during flag to flag races and to make it a requirement that such mechanics wore crash helmets. This requirement has now been extended to the two sessions of MotoGP class qualifying; QP1 and QP2.

Dovizioso: "A 2-day GP? I proposed it to the Safety Commission."