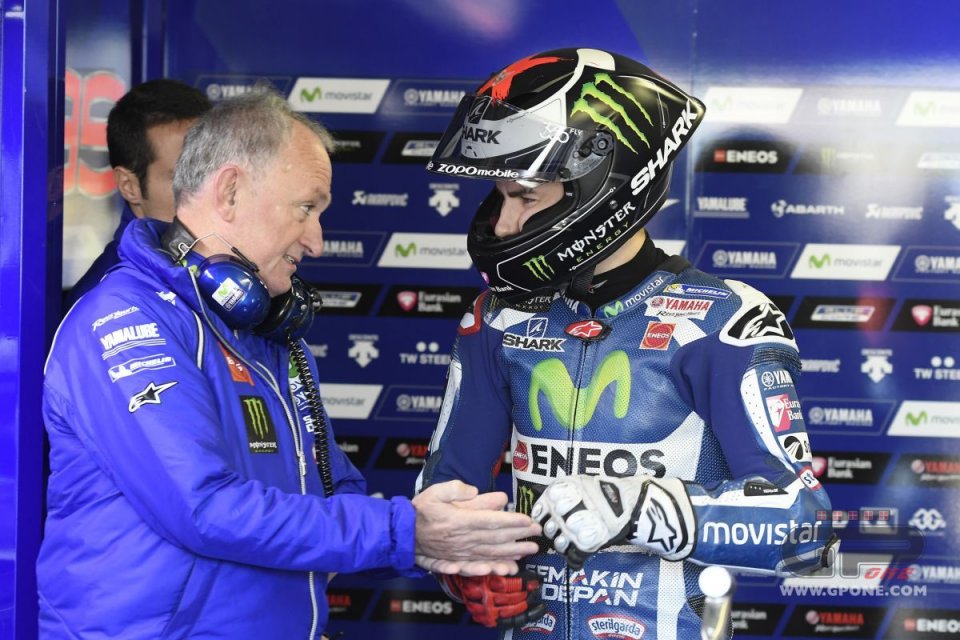 Over the Valencia weekend, Ramon Forcada got Jorge Lorenzo's team working like a Swiss watch.

Taking advantage of a short track, which allowed Lorenzo to warm, the tyres, accelerate and attack as he likes to do, and demolish the track record to take his 65th pole (the same number as Ayrton Senna) and then win the Grand Prix thanks to a bike that perfectly suited the conditions.

"It's been a privilege to work with a class-act like Lorenzo – confessed Ramon Forcada, 59, from Moià in the vicinity of Barcelona, who has worked alongside Jorge since his debut in the reigning class – there have been tough times, accidents, missed wins but the overall balance has been very positive. Jorge will be strong adversary right from day one in Ducati".

There's been a lot of talk about why Forcada did not want to follow Lorenzo on his adventure with the Italian manufacturer. Comparisons have been drawn with Valentino, who took his entire team, headed up by Jeremy Burgess, along with him when he moved to Ducati for two years, but there is a simple explanation.

"Moving to Ducati would have been very interesting. Trying to win with another manufacturer with a rider like Jorge would be a great challenge – explained the technician almost immediately after the rider made his decision –  but things work well in Yamaha and there's an age at which to take on adventures. I waited to see who would replace Jorge, and I told myself that if a promising young rider came along, I would stay".

And that's how it has gone - Forcada will work alongside Maverick Vinales next season.

A decision that Jorge does not see as a betrayal. The Majorcan, despite the fact that Yamaha hasn't fully released him and is only allowing him to test the red bike on Tuesday and Wednesday at Valencia, acted like a gentleman, thanking the Japanese manufacturer with an open letter.