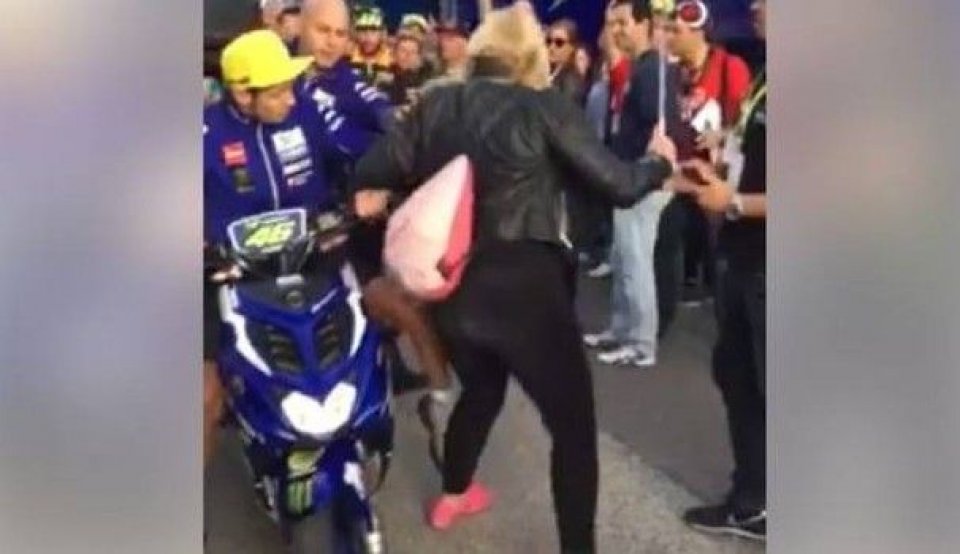 It is not hard to find a video online of Valentino Rossi in the Valencia paddock fighting his way through the crowd on a scooter and moving a woman out of the way with a kick. We purposely decided not to publish that video and we preferred to hear about the episode directly from the party involved.

The Doctor, at the end of the race, gave his version of what happened.

“Now I’m afraid they’ll arrest me - he played down the incident - All joking aside, I saw that video and it shows only the last part of what happened. Frist and foremost, I apologise to the woman. I hope that she is fine, but I think the situation in the paddock is difficult. Every time I need to go from the motorhome to the garage, people jump in front of the scooter to take a photo or to try to take my hat. I have said this for the last several rounds.”

This is what happened yesterday according to him.

“At that moment I had come out of a group of people and I had received a good number of slaps - he says wryly - In order to take a selfie, that woman came right up on me and I was a bit afraid for my safety. Again, I apologise to her. At Valencia, but not only here, there are a lot of people in the paddock. It is the nice thing about this GP, but it would not be bad if we could manage to go from one side of the paddock to the other without problems.”