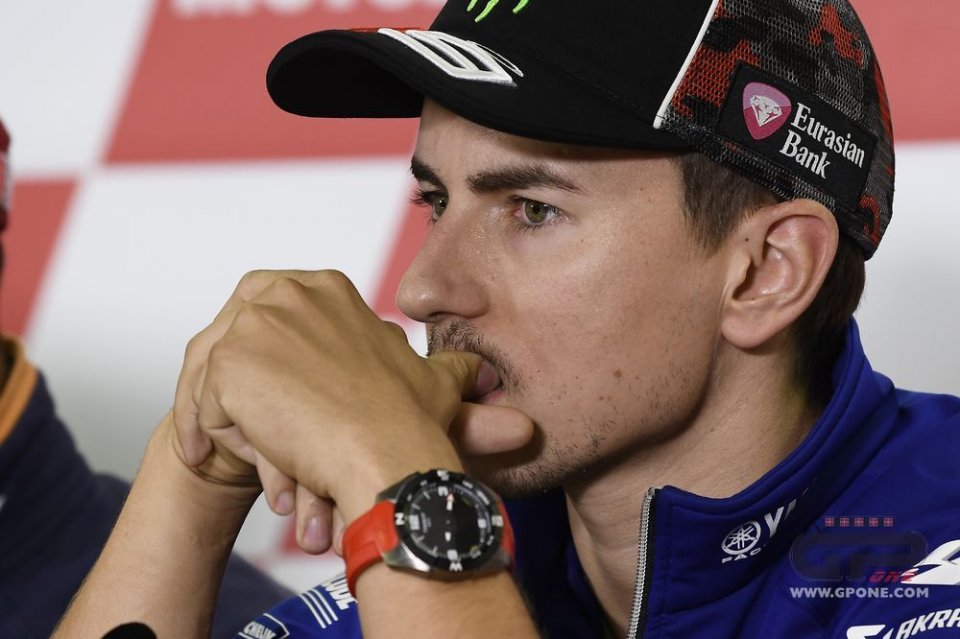 Yamaha has tripped Lorenzo up, preventing him from testing the Ducati this year, with the exception of the two-day test at Valencia. This means that he cannot take part in the Jerez test originally planned for the end of November. A decision that has caught the Majorcan off guard, though he prefers to remain diplomatic.

“In truth, I don't even have official permission for Valencia, but it will come - he explains - For the rest, it's not my decision and I can't do anything about it”.

It goes without saying that Jorge would have preferred to test in late November at Jerez.

“I think I deserve it after so many years with Yamaha and so many wins with them, we've always had a good relationship”, he adds.

He's already completed one non-Yamaha test, with the Mercedes F1.

“I expected it to be a really difficult car to drive but it wasn't. In contrast, the F2 was much more twitchy and you could quickly find yourself in a spin. The F1 on the other hand offers amazing grip and is very precise. The difference between F1 and MotoGP? There's a lot more money, people and technology”, he jokes.

Thought then turn to the championship and his battle with Valentino for the runner-up spot.

“I don't know what he thinks, but as far as I'm concerned it's better to win one championship than be runner-up ten times”, he concludes.

The Dutchman: "In the afternoon I had some problems with front end confidence"; Razgatlioglu: "Too many things to try confused me; my head is...
2 days 23 hours ago