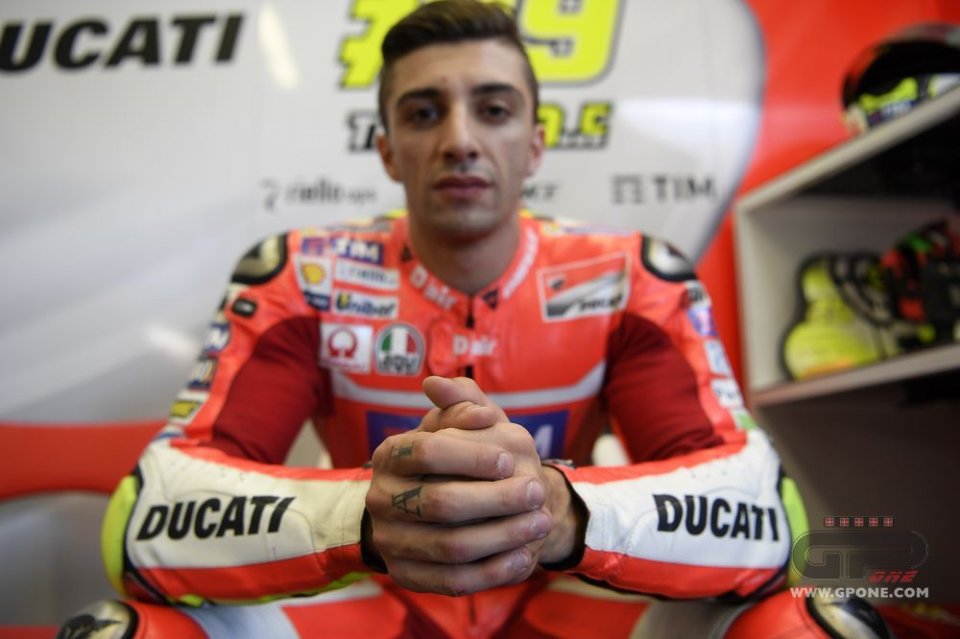 Andrea Iannone will not be in Japan, the fracture to his T3 vertebra sustained at Misano is taking more time to heal than initially expected. Ducati issued a brief press release to confirm this, as reported here below.

Andrea Iannone will not be taking part in the Grand Prix of Japan, which will be held this coming weekend at Motegi’s Twin Ring circuit.

Last week the Ducati Team’s Italian rider underwent a series of checks, which showed that the excess fluid in his back injury had been almost totally absorbed and that the calcification process of the T3 vertebra, which he fractured at Misano after crashing during the first free practice session for the San Marino GP, was now well underway.

However Iannone’s doctor has advised him to continue with his rehabilitation and to wait a few more days until the fracture has completely healed, before going out onto the track once again.

The rider from Vasto, in agreement with his team, has therefore decided not to take part in the GP of Japan and to return to the championship at the Australian GP from 21 to 23 October. Last year, at Phillip Island, Iannone was the protagonist of a spectacular race, finishing on the podium in third place.

The Ducati Team has decided not to replace Iannone for the Japanese round and will only line up on the grid at Motegi with Andrea Dovizioso.