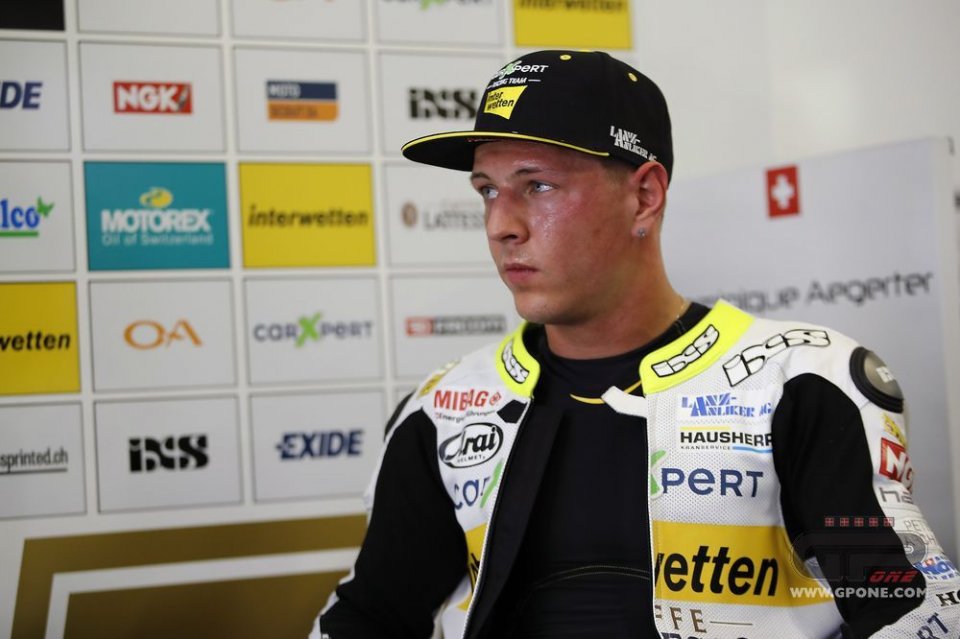 Dominque Aegerter has been dropped by his team, Carxpert Interwetten, and will not take part in the final four races of the Moto2 season. Why? Because the Swiss rider decided to leave the team and move to team Leopard next season.

This is nothing strange, it's normal for a rider to sign for another team while the current season is still in progress, but this decision was not well accepted by CGBM Evolution, which manages Dominique's current team, that highlights how it had come to an agreement to continue with Aegerter just a few days before.

In a brief release, the company states that it: “has decided not to allow its rider Dominique Aegerter to compete in the final four rounds of the 2016 Moto2 season. This decision follows Dominique's decision to sign with another team for the 2017 season, after he had already come to an agreement with CGBM Evolution just a few days earlier".

Dominique Aegerter gives his version: “I can’t understand the reaction of the team and it is also hard for me to accept it. I am very, very disappointed. In my opinion, I didn’t do anything wrong when I signed with another team. This contract includes all the prerequisites I wanted to create for the next season. Apart from this, I have a valid rider contract with my current team, which I would have liked to carry out until the end of the season and as always I wanted to give my best during the last races. However, it is a very unattractive end to this long-term cooperation. The farewell in this way from my mentor and sponsor, Mr. Oliver Metraux, I feel very sorry for it. On the other hand, together with my manager Dr. Robert Siegrist, we tried everything to fulfill my contract until the end of the season. So I only can hope that there will be something else for the last races this year. Regarding my shoulder, I feel better and fit every day. I’m a racer and I don’t want to do anything else than to compete in races. The last races should also help me to return to my performance. Anyway, we're not giving up to be back on a racing machine soon."

From the Japanese GP, Aegerter will be replaced by Iker Lecuona, the 16-year old Spaniard who currently races in the CEV and who already stood in for Dominique at Silverstone and Misano.