In Moto2 the engines are like the law, the same for everyone. The Honda CBR600 four-cylinder engine is prepared by ExternPro and then delivered to the various team. But how does this happen?

The Honda web site provides a behind the scenes look at this procedure that is carried out via a lottery managed by Dorna. The aim of this is to ensure the completely random assignment of the engines.

This lottery is repeated every three races and the engines assigned must be able to cover at least 1500 Km and stand up to approximately 10,000 gear changes. 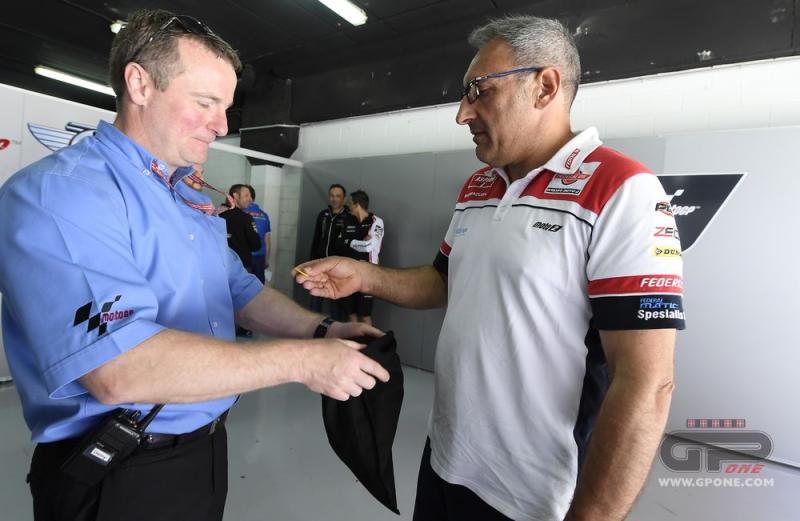 How exactly does this happen? At 10.30am on Thursday morning a representative from each Moto2 team gathers at the track’s technical control centre in pit lane, where they are met by MotoGP Technical Director Danny Aldridge and Deputy Technical Director Gary McLaren.

The lottery process is low-tech and reliable: Aldridge holds a black bag of numbered tokens, with each team representative taking their turn at the lucky dip. No peeking is allowed! 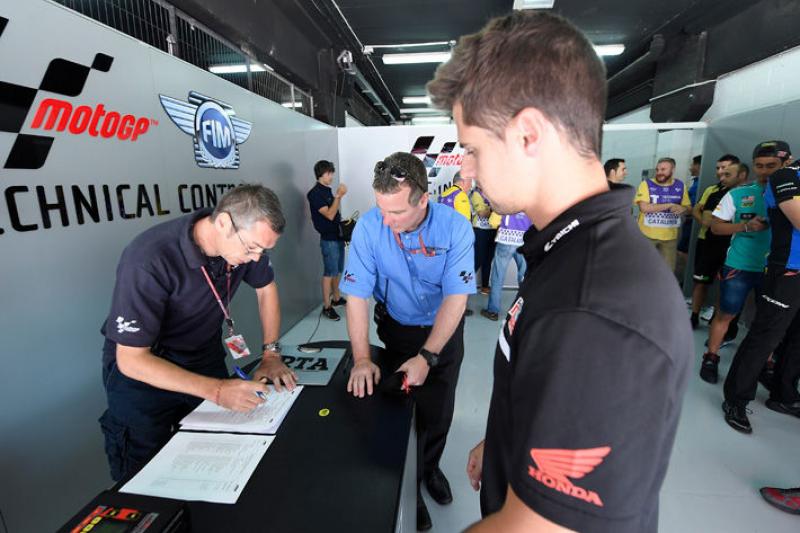 Each numbered token pulled out of the bag is noted and the number added to ExternPro allocation sheet and then to the team’s allocation sheet. Previously, the engines are tested and run-in on the company’s dyno at MotorLand Aragon to ensure they all produce the same amount of horsepower. A Moto2 CBR600 engine makes just under 130 horsepower and each engine within each batch is rated within 1.2 horsepower of each other.

After the lucky dip, team members and ExternPro staff remove each allocated engine from its flight box to check everything is in order. 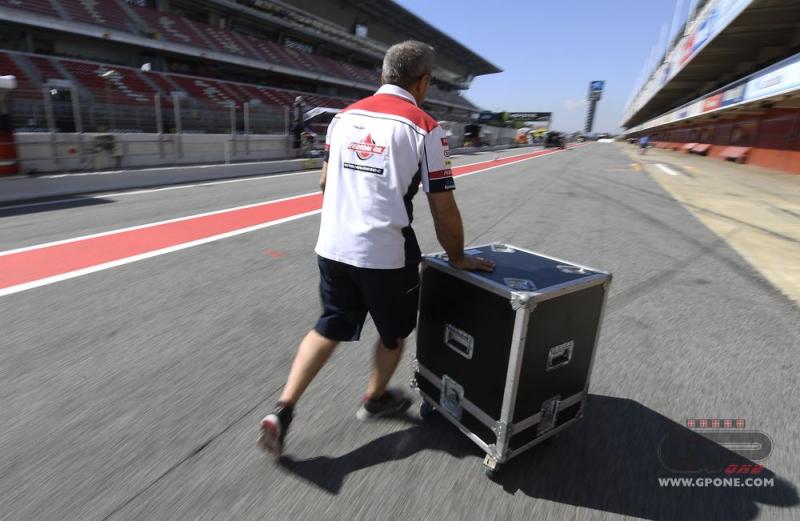 Once each team is happy with its new engines, it signs the team form to confirm that the engine is in good order, with all seals intact. With each engine the team is allocated 12 liters of oil, so they can change the oil at each of the next three races. Most teams usually change the oil on the Saturday evening before the race. 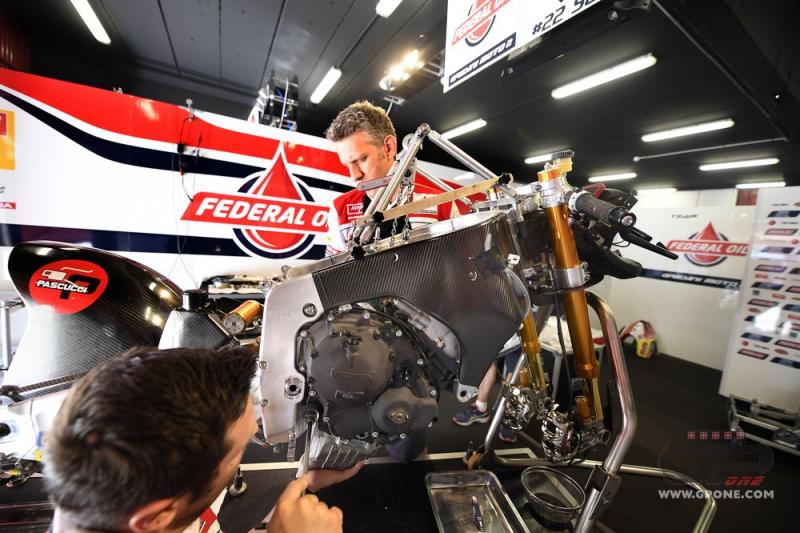 Once the lottery system is complete, each engine is returned to its flight box and taken to the team’s pit box, where it will be fitted into the chassis. Then the team will take the old engine to ExternPro staff, who check the engine is in good order, with all seals in place. All used engines are then returned to the company’s facilities at MotorLand Aragon, where they are rebuilt, ready for the next phase of the season.

And then the process starts all over again... 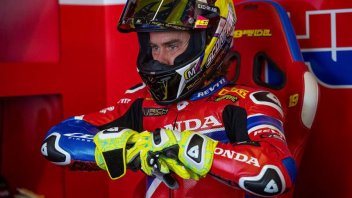 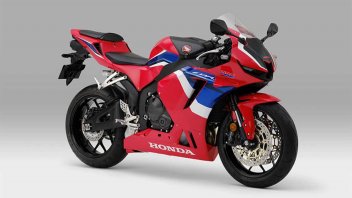 There it is again! Honda CBR 600RRR (but only for Japan) 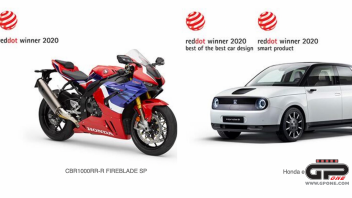