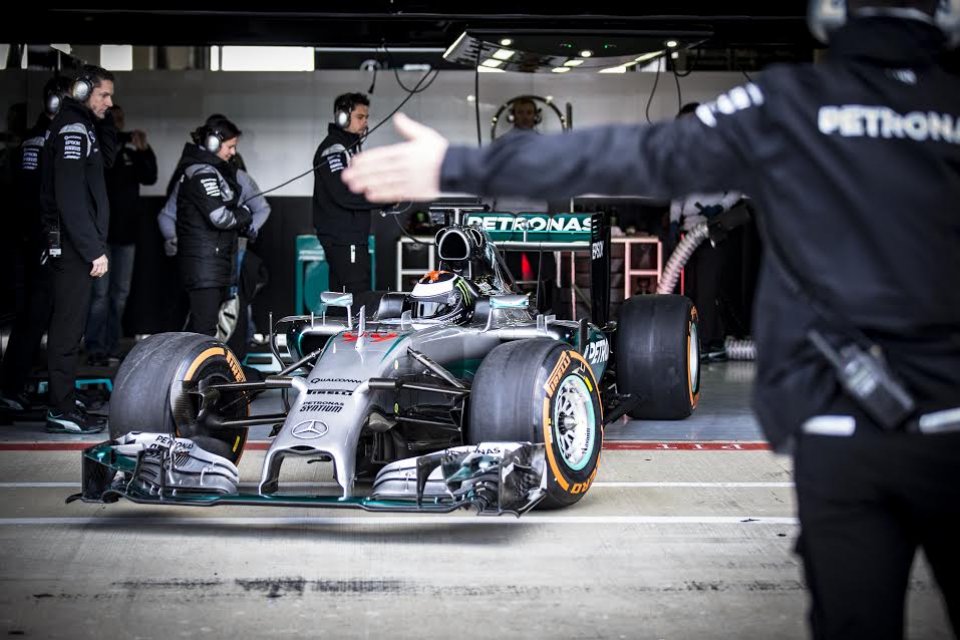 Next week he will be back in the saddle astride his Yamaha at Motegi. While awaiting the Japanese MotoGP race, Jorge Lorenzo made a stop in England. His first contact with the Mercedes took place on the Silverstone track. The Spaniard has always been a huge car enthusiast, so much that he participated in the Abu Dhabi Gulf 12 Hours, the Alcañiz 500km and even the Monza Rally Show.

In collaboration with his sponsor, Monster, the Majorcan got in the Mercedes F1 W05, in other words, the car that Lewis Hamilton drove to win the 2014 Championship. Focused and undoubtedly excited under his helmet, here he is pulling out of the garage to drive onto the track with the number 99 prominently displayed.

This is not the first time that a rider has experienced the excitement of a racecar. A certain John Surtees, after winning seven Grand Prix Motorcycle Racing titles, also took the Formula 1 title in 1964. And let’s not forget about Mike Hailwood either, who embarked on the F1 world in 1963 and was the winner of the lower Formula 2 class. Another champion was Venezuelan Johnny Cecotto, who took to four wheels after winning two titles in 1975 in the 350 class and in 1978 in 750.

Below are some more shots of the 5-time world champion in the Mercedes F1 car. 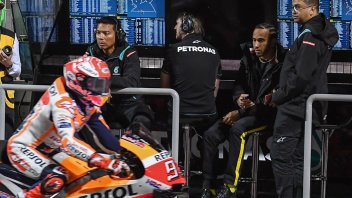 No Fans at Washington Track Due to COVID-19 Restrictions. The Ridge Motorsports Park will be offering 2020 ticket holders the option to either...
13 hours 27 min ago

First weekend of racing for the 300 category that gave us two exciting and very tight races. Championship standings congested with Carrasco in 4th...
2 days 12 hours ago

Antonellini: “We knew we were in the wrong, and we were ready to pay a fine, the expulsion is excessive. I myself have seen Dorna's men without masks...
2 days 17 hours ago

The rising star of the MotoGP is a fellow citizen of the mayor of Nice, Estrosi, who received as a gift yesterday the Pernod with which he competed...
3 days 21 hours ago

"It's great to go back to racing after watching the MotoGP races. In the heat I had problems in the Barcelona tests so this morning I tried something...
4 days 12 hours ago

The technicians unsealed the engines without communicating it, the FIM Stewards recognized the good faith but still punished the team
4 days 17 hours ago