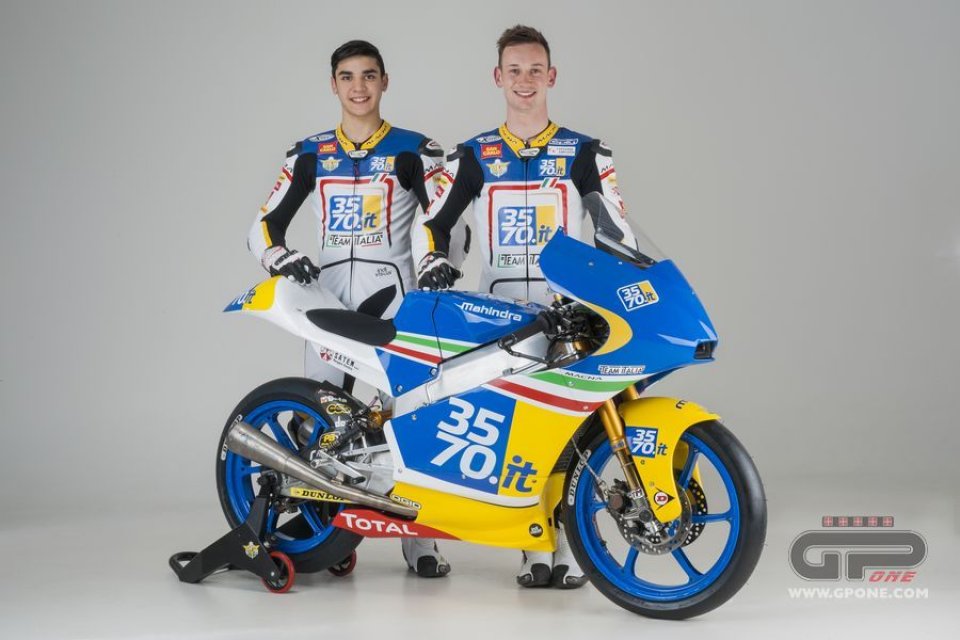 Stefano Valtulini and Lorenzo Petrarca will be the last riders to wear the Team Italia colours in the Grand Prix Motorcycle Racing World Championship. In fact, the Italian Motorcycling Federation has decided to take a step back and from 2017 it will no longer participate in the Moto3 World Championship with its own team.

The history of Team Italia began in 1985 and in the best possible way, with the victory in the 125 championship category by Fausto Gresini, which would be repeated two years later, whereas in 1986 it was Luca Cadalora’s turn to bring home the title for the FMI. The adventure was then put on hold in the nineties and resumed in 2011.

“On the occasion of the Federation’s 100 year anniversary, we decided to bring the Team Italia project back out - remembers the speed sector coordinator, Alfredo Mastropasqua - We had begun the relaunching programme for the CIV championship and youth activities two years earlier. The situation in the Grand Prix Motorcycle Racing World Championship was disastrous. There was a lack of Italian riders or teams.”

It was not a case of setting their sights on winning the title like in the past, but of bringing young riders into the World Championship. It was a project that, in the early years and with no lack of problems, in any case bore fruit and riders came up through Team Italia like Fenati, Antonelli, Bagnaia, Locatelli and Tonucci. However, in recent seasons this momentum seemed to have stopped.

“We think that there is no longer a need for the FMI to have its own team in Moto3 - explains Mastropasqua – Our work here is done, because over these years various professional structures have arrived that invest in young Italians. I am thinking of VR46, the Gresini and Ongetta teams, and in 2017 Paolo Simoncelli’s team will also make its début.”

The Federation will therefore take a step back and focus its work on the national championships.

“In 2011 there were only two Italian riders in the 125 class, whereas now they make up almost a third of the grid in Moto3: this means that the FIM has done a good job in the youth categories and continues to do so - concludes the federation manager - From next year our activities will focus on supporting riders in the CIV and CEV championships which, having become a Junior World Championship, we regard with interest.”

Chrissy Rouse sustained a significant head injury. He was stabilised and put in a medically induced coma at the medical centre by the BSB medical...
36 min 34 sec ago

This is the first time there have been two or more rookies on pole position in a single premier class season since 2006 with Dani Pedrosa, Chris...
23 hours 49 min ago