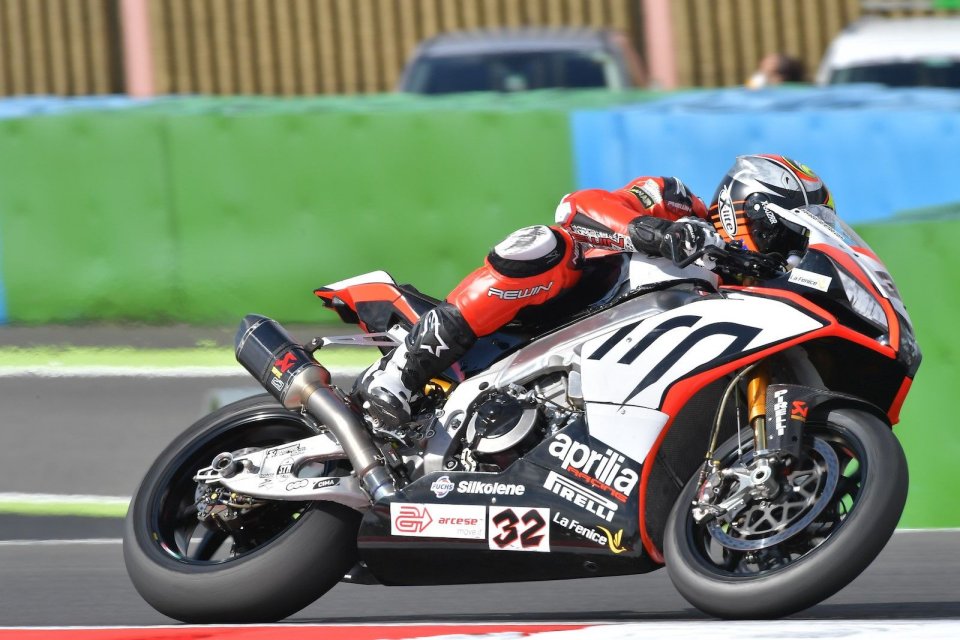 Friday at Magny-Cours took place under sunny skies and saw the stars of SBK build confidence with the track during the two timed practice sessions making up this eleventh round of the season.

Team Aprilia Iodaracing arrived in France feeling very motivated after the great result obtained by Alex De Angelis in the second race in Germany and by the solid performance by Lorenzo Savadori, despite two crashes that didn't result in any injury for the rider.

Lorenzo, who scored the Superstock 1000 title at this very track last year, used the practice day to find a set-up ahead of tomorrow morning's Superpole and, with a best time of 1’38”564, the Italian has qualified directly for SP2: “I have great memories of this track -comments Savadori- because it was here, last year, that I won the Superstock championship but now everything is different with the RSV4 SBK of course, there is still a lot to do on the bike and with the team we will work to prepare for the race, in the hope that it won't rain, because that's not exactly what I need”.

The strong and talented Alex De Angelis, after his second place finish in Germany (his first SBK podium) now comes to Magny-Cours, a trck he has never visited before and so, rather than looking to set the fastest time, the San Marino rider worked to build confidence with the technical French track, and the twentieth position shouldn't be misconstrued: “I knew I'd struggle today, because this track is brand new for me  - explains Alex- also, to complicate matters, there is a pumping at the rear of the bike that's disturbing my riding and caused the front brake pads to open, giving me problems in braking; this is why I arrived long on more than one occasion”. 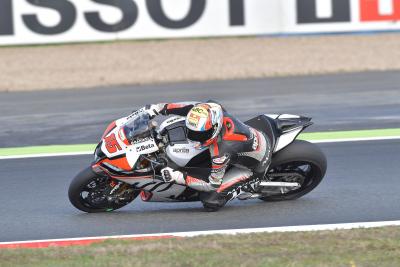 While Savadori wishes for sun and dry conditions, De Angelis is ready to do a rain dance: “we have a lot to do still because what we've done so far is not enough. Tomorrow's Superpole is the first challenge, we have time to react and if it were to rain we could move up the standings”. 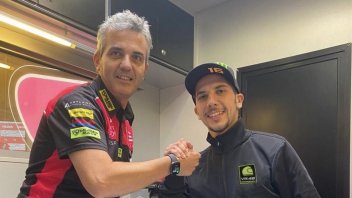