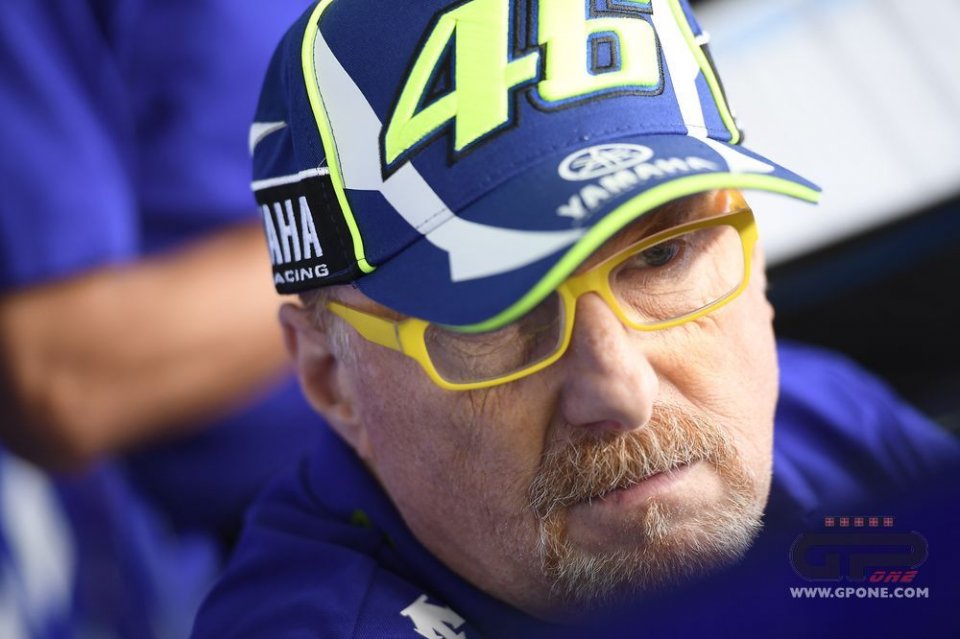 Their relationship was formed almost by chance, facilitated by a test on a SBK after an injury. They found one another a few years later and the ‘marriage’ is going very well, so much that it does not even seem like they have been together less than three years. Silvano Galbusera joined Valentino's family, the one the guys in his garage belong to, and he has fit in perfectly.

A relationship that will last for at least another two years.

Silvano, when you received the telephone call from Rossi, did you think you would be working with him for this long?
“From my experience, I thought that at a certain age a rider would begin to have a decline. Valentino is the exception. We had a nice first year together. In the second we battled for the Championship and the third is going well.”

So you were not surprised when he told you that he would continue for another two years?
“I would have been disappointed to call it quits with a Valentino in this state of fitness. It would have been a pity for everyone. I am sure that, if he has made this decision, it is because he is convinced that he can stay at the same level of performance. It is impossible to quit now.”

Are you already thinking about the upcoming seasons?
“I think we will continue to be at the same level. And then we will see if he retires, or not. I don't think it is so certain.”

Also because Valentino seems to be even faster this year…
“It is not a sensation but an observation: he is faster. We have been able to take better advantage of the Michelins than others and we found a better base setup, thanks in part to last year's experience. On both his part and ours, we have come close to maximum performance and on race weekends we start from a setup closer to the final one. The data from last year is not far off from this season's.”

The race for the title is still open. How are these last GP races for you?
“I wish we had 10 more rounds to race and not 5. Marquez was also lucky because the mistake at Mugello cost us dearly, as did the one in Assen. In addition, the clutch problem at Austin comes to mind. Maybe we made more mistakes than Valentino made.”

Is a comeback possible?
“Making up 43 points on Marquez I would not say is impossible, but unless he makes a serious mistake, it will be very difficult. We will try to stay ahead of him and win the races. Second place is also at stake against Lorenzo.”

Speaking of Lorenzo, have the skirmishes between him and Jorge had an effect in the garage?
“Each team sides with its own rider, but among us mechanics there are no problems whatsoever. All in all, it is a very calm season compared with the past. The atmosphere in the garage has not changed.” 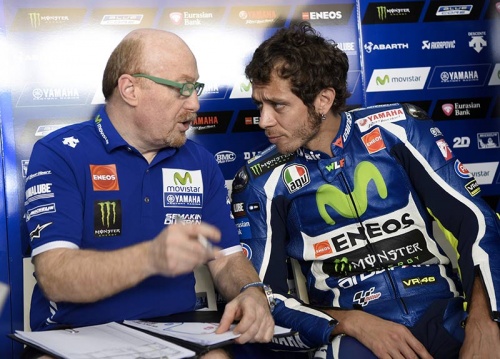 Rossi said that what happened last year had an impact on the beginning of this season. Is the same true for you too?
“He was not the only one who felt it. We all did. We had believed down to the end, so metabolising and forgetting what happened and starting from scratch was hard. Now that we are seeing Valentino more competitive, motivated and focused, we are moving in the right direction.”

Is it all behind you now?
“You find yourself facing the same rivals. On my part, I have not completely metabolised it.”

As we said, Rossi is faster now. Credit to the tyres too?
“The Michelins are a change and you have to try to get the best performance from them. It is a job that cannot be done in just one session. A different problem crops up at every race and that might be life or performance. Sometimes you have to radically change the bike, giving up one thing in order to obtain another. But this year Valentino is more comfortable and starts on Friday more decisively, so it takes a bit less effort.”

Has your past experience with the French tyres had an influence?
“Many years have passed. The performance of the bikes is different. If we sum up the tyres, the new electronics and the modern MotoGP championship, the result is that you start from zero, or almost.”

How do you explain Rossi's leap forward in qualifying?
“There is something that should not be underestimated. Since there are no more extra soft tyres for the Opens, a few outsiders are left out. When you use the race tyre for the qualifiers, the good riders come out even more and that has helped us a lot. Furthermore, the fact that the Michelins give their best not just on the first lap, but also on the second also helps. And then, Valentino adapted well to the tyres and the bike is not doing badly either.”