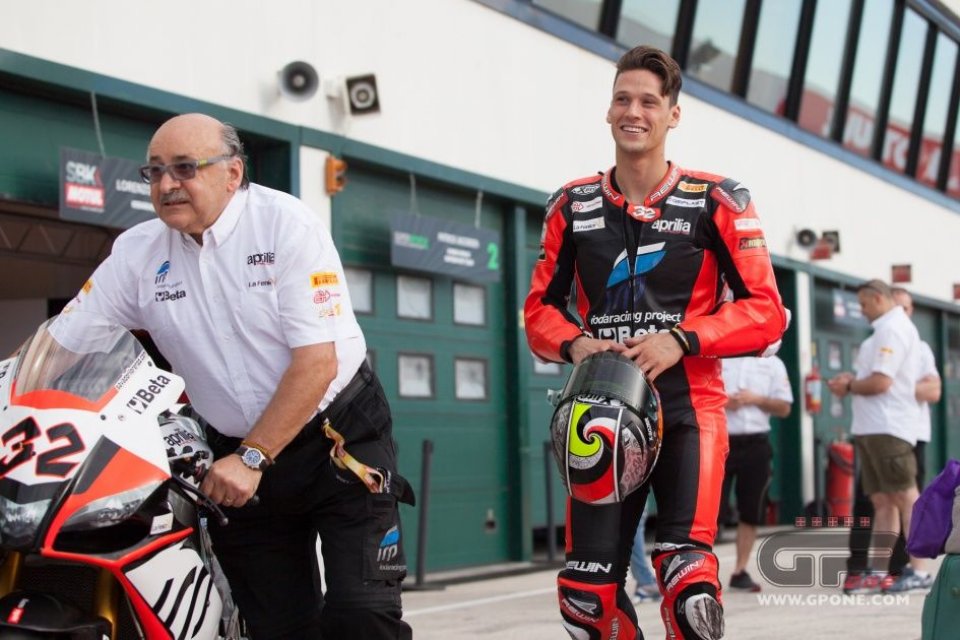 The last pieces are falling into place. As Superbike prepares for the third last round of the season with the Magny Cours race, thoughts are already turning to 2017. The news of the day is the agreement for the next two years between Milwaukee and Aprilia. The agreement specifies that all technical material and related direct assistance including bike development and support will be provided by Aprilia Racing, which classifies Milwaukee as a Supported Factory Team.

Riding the two RSV4 machines on the track will be Lorenzo Savadori, in his rookie SBK season this year, and Eugene Laverty, Irishman and 2013 Championship Runner Up astride none other than the Aprilia RSV4. Shaun Muir, who will be in charge of running the project, is quite pleased: "For SMR, collaboration with Aprilia Racing for 2017 and 2018 means a real chance to fight for the win - he said - Aprilia has a strong and victorious history in World Superbikes and we are determined to continue on the same path. Having Eugene and Lorenzo on board makes this a dream team - he added - Without a doubt, Eugene is coming back to WSBK for one reason only: to win. Lorenzo, on the other hand, is the fastest rookie of the year and a definite protagonist. I wish to thank Milwaukee, Gulf and all of the partners who are supporting our project"

For Laverty it will be a return to the past: "I'm excited to return to Superbike with Aprilia and the RSV4 - he stated - it's a bike with which I took ten wins and second place overall in the championship. I hope to be able to pick up where I left off with those results - he added - Thanks to the support of Aprilia and a fantastic team like SMR. Everything is in place for us to be competitive straight away."

Alongside him will be the rider from Cesena, Lorenzo Savadori: “I am very happy to continue my adventure in World Superbike with Aprilia - said the young Italian - This is another chance to achieve great results, with one more year of experience on the RSV4 for me. In a demanding rookie season I was already able to express a good performance level - he added - learning a lot, both about race management and working in the garage, but I do not want to stop here. We will definitely be highly motivated at the start, with an ambitious project and a great desire to do well."

The future is still up in the air for Iodaracing, with their contract with Aprilia expiring at the end of the season. However, all signs point to a new experience with BMW.