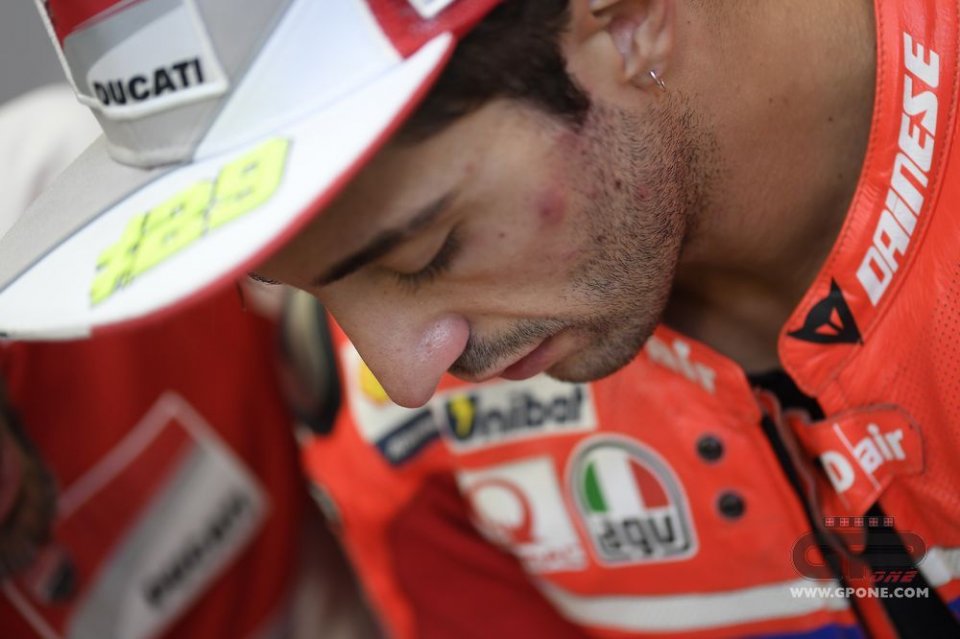 For Andrea Iannone, the Misano GP should have been the best one, the one where he could greet the Ducati fans after years together with a nice result. Instead, hard luck was against him: a crash and a fractured third vertebra. Then the back-and-forth of the doctors and finally the decision not to let him race.

A few days have passed, Andrea is at home, and he is already thinking about Aragon. “The pain remains. I had some tests done and the doctors have confirmed that I just need some time, nothing else”, he explains.

However, it is not easy to be patient and bear it.

“The pain is always there, it never goes away completely - he recounts - If I stand or walk I feel it a bit less, but as soon as I try to do something it becomes more intense. I am unable to train, just a bit of stationary bike and not even that for too long.”

The fracture does not worry the doctors, “in 20, 25 days at the most, the bone will heal” Iannone points out, but pain is the enemy.

“I’ll go to Aragon - he says with certainty - Once I’m there, I’ll try to get on the Ducati and that is when I’ll know what my conditions are. I want to try to race, but until I’m on the bike, I can’t say what will happen. I just need patience.”

Less than a week until he has the answer.