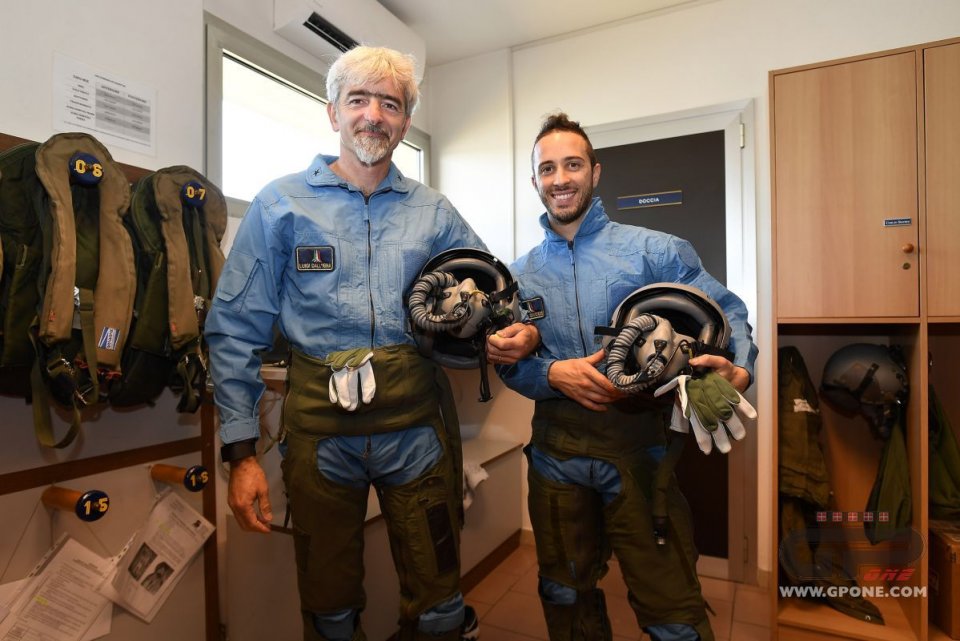 They might have made him fly upside down but this hasn't done anything to stop Ducati's Gigi Dall'Igna from thinking about aerodynamics.

This was the ‘Passioni Tricolori’ event, organised by Aeronautica Militare Italiana in collaboration with Ducati and Automobili Lamborghini. The aim of the initiative was to unite three Italian companies, all synonymous with excellence and renowned across the world.

During the event, after a training flight by the Italian National Acrobatic Squad,  Andrea Dovizioso, engineer Luigi Dall’Igna and Lamborghini driver Mirko Bortolotti were able to experience the excitement of flying in an Aermacchi 339 belonging to the Frecce Tricolori, witnessed by General Enzo Vecciarelli, Chief of Staff at Aeronautica Militare Italiana, Claudio Domenicali, Ducati CEO and by Stefano Domenicali, Lamborghini CEO.

"I really enjoyed it and had a lot of fun - stated Dall'Igna who, as a diving expert got to taste the vastness of the sky - each moment was unique". And, who knows, perhaps experiencing the acrobatics of the Frecce has given him some more ideas about continuing the aerodynamic research to make the red bikes even faster!

Andrea Dovizioso, used to having his feet on the ground, struggled more with the acrobatics, especially when he found himself upside down, but overall he coped well and, once back on the ground, he repeated what he said at Misano, responding to those who are asking when, after seeing eight different race winners, it will be his turn.

"I'm not thinking about that but about the championship - replied Andrea - and unfortunately Misano, despite being one of our test tracks, doesn't particularly suit the characteristics of the GP16. The aim is to make it more agile, to make it turn better, both in terms of riding and rider effort. We're not happy with 6th place at Misano, almost 20 seconds back". 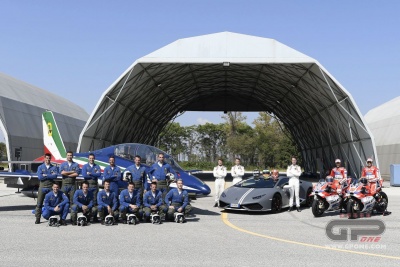 Also because - as revealed by our Matteo Aglio during yesterday evening's 'Paddock' broadcast, the first question Jorge Lorenzo posed when he arrived in parc fermé was: "where did the Ducatis finish"?