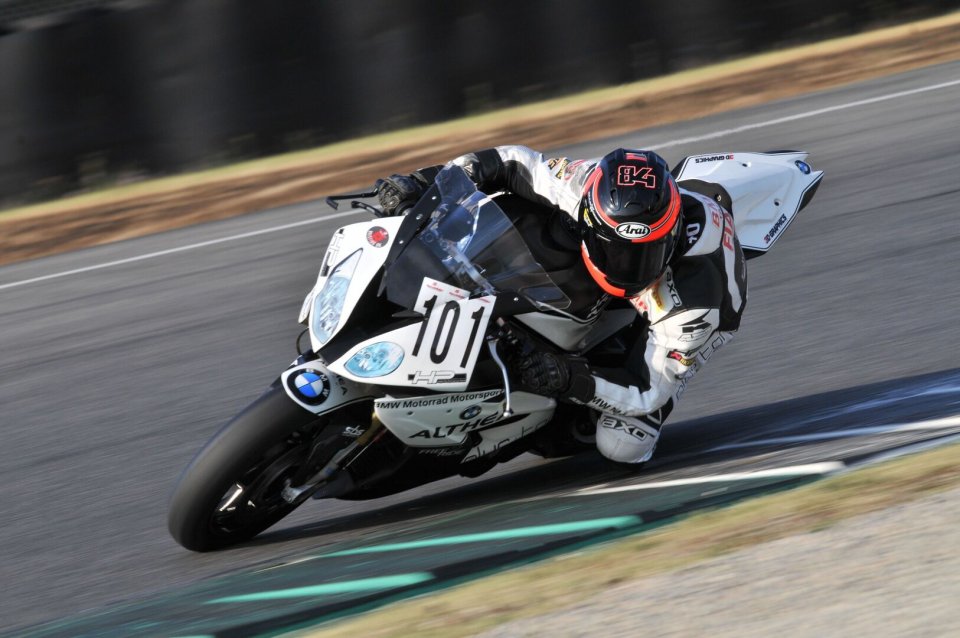 Michel Fabrizio, who is working with Genesio Bevilacqua and Althea BMW Racing team this season in the role of talent scout, had chance to take to the track of Mugello today, as we had previously reported, riding a production BMW S 1000RR.

The Roman rider, class of ’84, needs no introduction. Having been crowned European Superstock champion back in 2003, Michel then progressed to the Supersport World Championship after which, from 2006 to 2014, he played a starring role in World Superbikes. In addition to his obvious riding talent, he boasts a wealth of experience, having ridden almost all of the bikes on the SBK grid.

This year, his involvement in racing has taken a different path and, as well as managing the MF84 Pluston Althea team that is competing in the Moto3 category of the Italian CIV, Fabrizio is also collaborating directly with the Althea BMW team, sharing his experience and knowledge with the Italian team’s official riders.

Despite these new roles however, the 31-year old has not lost the desire to race, and at this point it is important for him to understand whether he is able to return to racing at an international level. With the support of Genesio Bevilacqua and his team, he has therefore completed a test at the Mugello circuit today. This is, of course, just a first approach, considering the length of time that has passed since Michel last raced. Fabrizio nevertheless made the most of this opportunity and the good weather to regain feeling with the bike, completing approximately 50 laps during the day.

"What a great day - commented Michel - It’s almost two years since my last SBK race and so it was emotional to be back on track today, I’ve regressed to feeling like a kid again. I couldn’t wait for this opportunity and wanted to see whether there is still that symbiosis, if I still understand the bike and vice versa, and let’s say I’ve definitely got a better idea after today. This was a first approach but my intention, and my hope, is to be able to continue, step by step and by completing further tests and training as I should, to find a way to return to racing full-time…. I thank Genesio Bevilacqua for his great support, and the Althea BMW Racing team too of course.”

"The weekend started in the right way; in the race I was able to push while managing the tyres." Di Giannantonio: "This podium is a great boost for...
4 days 1 hour ago

“There’s no grip and it’s impossible to be aggressive. Getting ahead of the Yamahas at the start will be essential, as will not overheating the tires...
4 days 21 hours ago