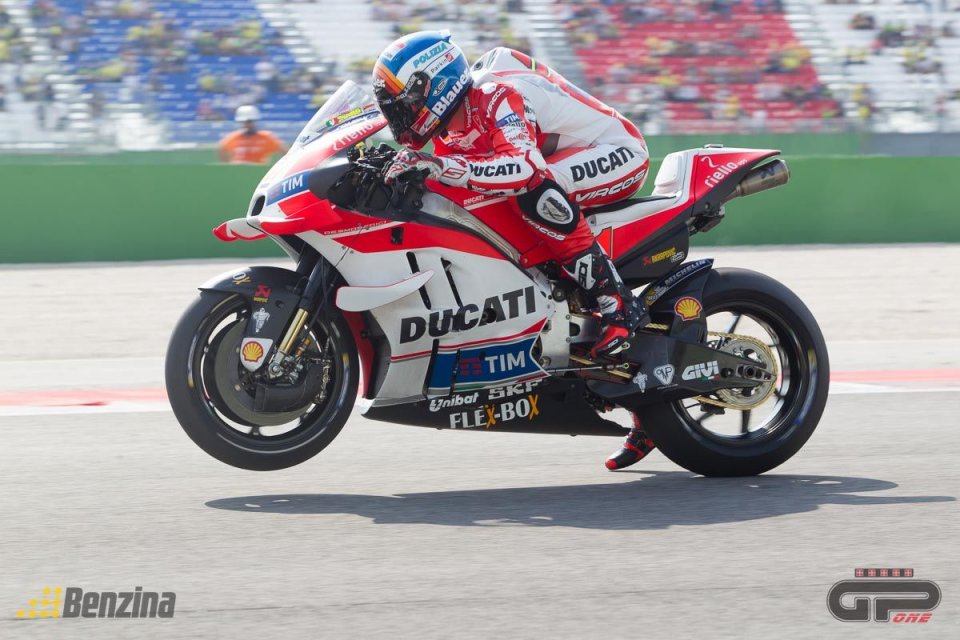 The hero of the day is Michele Pirro, who receives applause as he arrives at the press conference. “I feel like I'm in the wrong place” he laughs. Having obtained fifth place in qualifying, he's equalled his best result of last year, also at Misano.

And you had to deal with Q1…
“This morning we'd worked on performance, after carrying out some tests yesterday. I'd qualified for Q2 but then Dall’Igna asked me if I wanted to stand in for Iannone and ride his bike I had to start over from scratch, but it wasn't a problem”.

It wasn't?
“A lot of the credit goes to the technicians who changed everything in just two hours. I was just the rider, something I get to do from time to time (he laughs). But when everything's in line, I know I have good potential”.

It's difficult to change team so quickly…
“Last year, in SBK, I replaced Scassa on Friday evening, this time it's Iannone on Saturday afternoon. Next year I'll start with warm up (he laughs)”.

Are you pleased with fifth?
“I just missed out on the front row. Yesterday conditions were more complicated, today I found the right balance and this made the difference”.

Does this make up for your disqualification in the CIV?
“If I'm this fast it must mean that I had modified valves here too (he laughs). I'm not interested in causing trouble, as I proved last weekend at Imola and today it wasn't that which made the difference. I was disappointed because to win in the CIV I took risks and paid for something that wasn't my fault. That irregularity gave me no advantage and the regulation penalised the rider, I find it unfair ”.

What do you expect tomorrow in the race?
“The important thing will be to start well, then I'd like to stick with the fastest guys. Only by doing that can I understand how to improve myself and the Ducati, by taking it to the limit. I have no illusions, it won't be easy when I race only rarely in MotoGP but I think I have what I need to be able to stick with them". 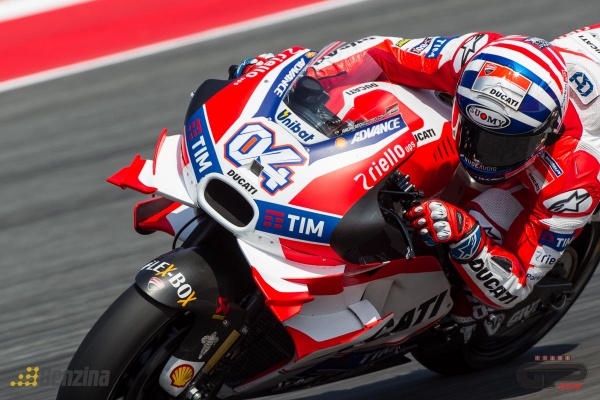 Andrea Dovizioso is not angry about seeing his team-mate ahead of him, actually he goes as far as to congratulate him. “I'm pleased for Michele, he's working so hard to develop the bike and it's great that he has chance to show how fast he is - he says - I'm sorry for Iannone though, as an Italian I know how important this race was for him”.

Andrea, you're sixth, could you have done more?
“I didn't make a great lap but, all in all, it's an acceptable result. To tell the truth, I was very worried this morning and started to panic”.

Why?
“The tyres weren't working, due to the lower temperatures and there were a lot of crashes”.

Are you now feeling confident ahead of the race?
“I'm very pleased with my pace, I'm not the fastest but am in line with the top five. I just have to get the Desmosedici to turn as I want, but that's a detail".