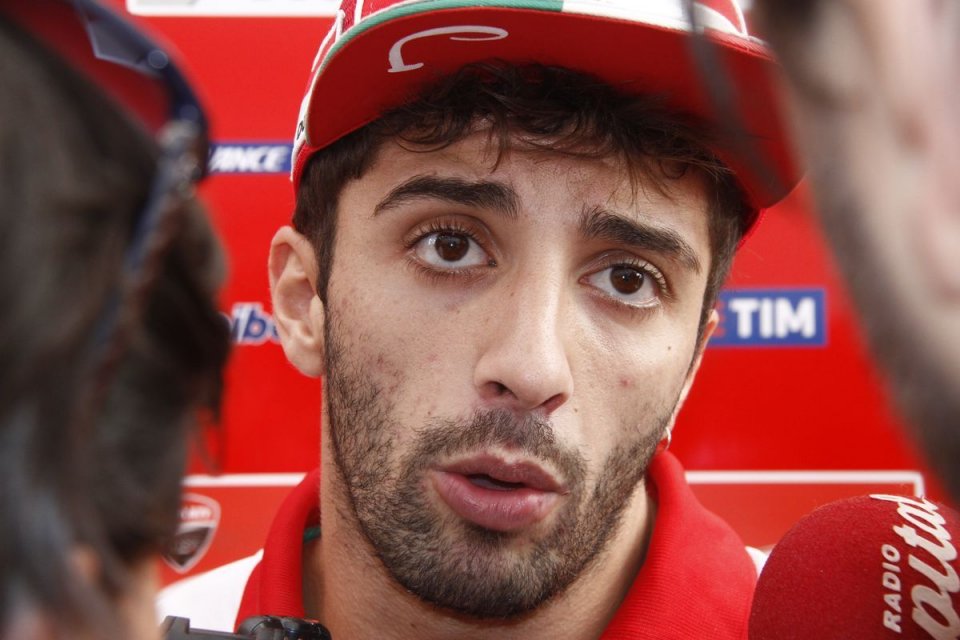 “They've taken away one of the most important Grand Prix of the season, my last with Ducati in Italy”. Andrea Iannone says his piece after circuit doctor Erardo Berardi declares him unfit to race.

There was already a lot of confusion yesterday, first he was declared 'unfit' to race, then 'fit to be reviewed' which means that the decision was postponed until this morning. When Andrea arrived for his medical check this morning however: “I came up against a wall, they'd already decided”.

As per the regulations, it is the circuit doctor who decides whether a rider can compete or not and doctor Berardi said no.

“This was his decision but I don't fully understand it - comments Iannone - It seems like a strange situation to me”.

Why?
“Already yesterday they declared me 'unfit' before I even reached the hospital in Cesena. It seems as if they rushed into making a decision, perhaps without having all the information. In fact, they later changed their minds”.

How did they inform you?
“I didn't speak to anybody, they didn't share anything with me. I don't understand this incoherence and continuous changing of minds”.

Did all the doctors agree that you shouldn't race?
“The MotoGP Medical Director Angel Charte has been incredible, he wanted to look into it more closely and immediately arranged my transfer to the Cesena hospital. The Clinica Mobile team was also very helpful”.

While on the other side?
“The doctors should confer with the riders, as we are the ones who know how we're really feeling. But this morning, when I arrived for my check-up, they had already decided that I wouldn't be racing".

It would be dangerous…
“I know, and I'm the first to care about my health. I wouldn't have made any hasty decisions. Doctor Charte also thought I could ride, he wanted me to try. The most important thing for a rider is to get back on the bike as quickly as possible, to check the sensations. But they denied me this possibility”.