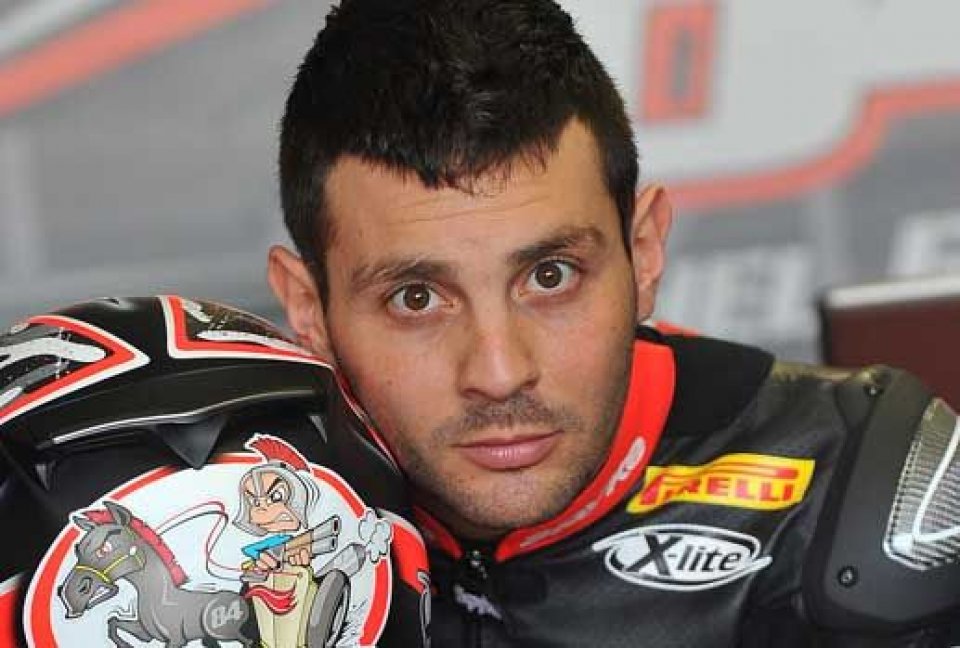 Michel Fabrizio, 3rd in the 2009 Superbike world championship on a factory Ducati, will be back on a bike next Monday at Mugello, riding one of team Althea's BMW bikes.

The test will allow the Roman rider to assess his physical condition as he considers a possible full-rime return to racing in the 2017 Superbike championship.

"If Marco Melandri can make a comeback at 34, then so can I, as I'm two years younger. It's not yet a project, more like a dream -  jokes Michel over the phone, before continuing - as you know, I've been working with Genesio Bevilacqua for a few years on a project for youngsters in the CIV Moto3, with Spinelli who's third in the championship. But I still want to race, that desire never left me".

So you've decided to do something about that-

"Yes, I'm in shape, I weigh just 2kg more than my ideal weight. So we're doing this first test and then we have four more days planned later in the year".

You have a lot of regrets; would you be returning to chase them away?

"No, you can't turn the clock back. Of course, if I'd had a person like Genesio supporting me earlier on, I'd have made less mistakes".

Would you include passing Haga at Imola in 2009 among those mistakes?

"I don't think so. A rider is on track to win. Recently on Facebook I wrote that I've written at least one line of motorcycling history, if not a page! And anyway that move, that pass, is part of my life".