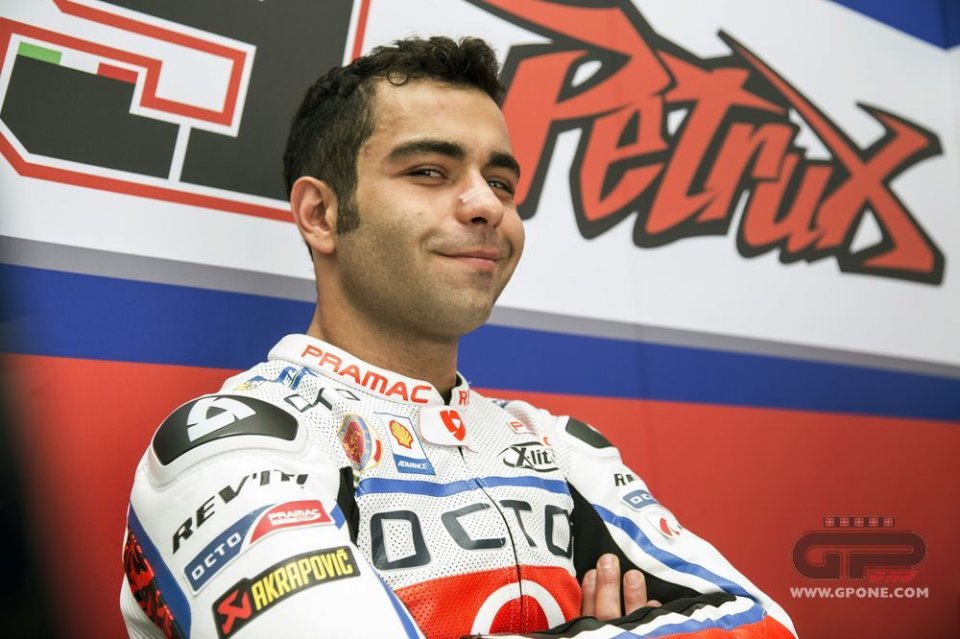 If Danilo Petrucci were not a rider, perhaps he could be a stand-up star. Even explaining an accident becomes a comedy episode when it's Danilo doing the talking, like last week's episode, starring him, his dad's scooter and a distracted old man. First things first....

“Everyone kept telling me to go and cut my hair, so I decided to go to the barber - he starts by saying - I'd finished training and took my dad's scooter, brand new, to get there. It was just a few kilometres and I admit I was wearing shorts and flip-flops”.

After his cut, Petrux was heading home when…

“Going around a roundabout, an old man on the phone didn't give way to me and touched the back of my scooter, causing me to crash”, he explains.

But it didn't end there.

“He got out of the car and started by saying that I was fine and that we could go. But the scooter was destroyed so, seeing it was new, he then asked me if I knew how to ride - he laughs - I replied, saying that I'm a rider and a policeman and he told me that I obviously hadn't studied the rules of the road”.

Danilo's colleagues got involved to settle the issue.

“But I was worried for my dad, I'd trashed his scooter. He'd bought the 'sport' model but he wasn't feeling very sporting after the incident - he jokes - Luckily he was more worried about me than the bike. If I reach the podium here, I'll buy him a new one, otherwise I'll get that one fixed”.

Fortunately, Danilo only suffered a few scratches and is feeling fighting fit for Silverstone. A magical track for him, where he reached the podium last year.

“I hope it's sunny, because when it rains everyone bets on me… and then they lose - he laughs - I like this track, I won my first Superstock race here, but in MotoGP in the dry I've never been too competitive. After five years it's time I was able to do that!”, closing with another joke.