Pirro and Ducati disqualified from the CIV for an engine irregularity, the news from Italy has rapidly spread through the Silverstone paddock. Paolo Ciabatti, Sporting Director at Ducati, has commented on the case.

“It was a small mistake, but it has cost us dearly. It's a lesson learned and we'll pay more attention in future”, he says.

Is it worth appealing?
“No, there's a regulation and it must be respected. We respect this decision, even if the engineers have assured me that the issue did not result in any improvement in performance. We are talking about  the exhaust valve seats being a few tenths outside of the tolerance, a mistake was made in the preparation of those engines”.

Who was responsible for this?
“The Barni team and they are the first to be upset. We are too, as I said there was no improvement in engine performance and from our point of view Pirro won those races fairly, he had no advantage. I'm sorry for team Barni, a structure that is extremely committed to both the CIV and the World SBK”.

So this doesn't impact on your relationship with the team?
“We will continue to have full faith in them. This modification was not made with the intention of increasing the bike's performance in an illicit way, it was a simple oversight. This is proved by the fact that Baiocco now leads the championship, with a Ducati that is in line with the regulations”. 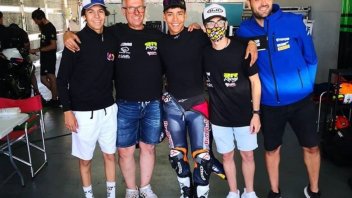