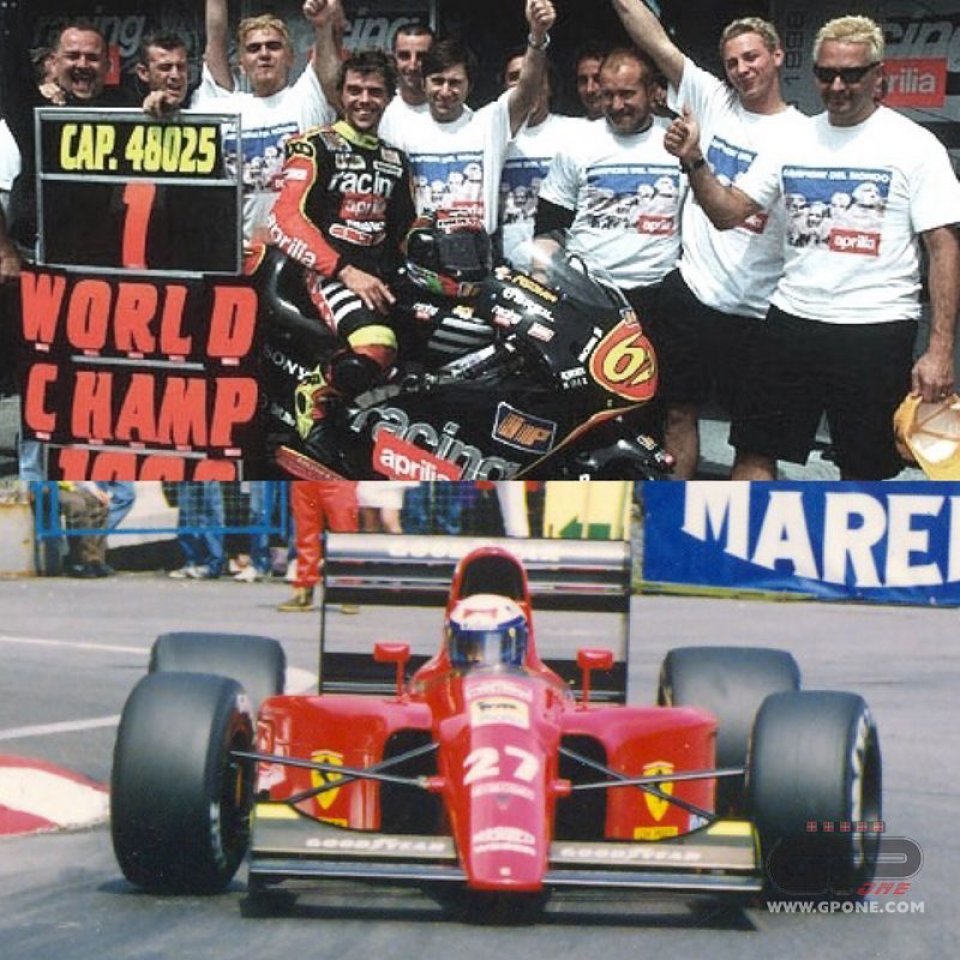 There have been rare cases of riders being sacked, as happened with Romano Fenati last Saturday, let go by the Sky VR46 team, but among these the most surprising were undoubtedly the cases of Anthony Gobert and Loris Capirossi.

GOSHOW AND 'MARIAGIOVANNA' - The former competed in 9 Grand Prix in 197 riding the Suzuki RGV 500 of factory team Lucky Strike Suzuki, before being disqualified for doping, and sacked following a test carried out by the Japanese manufacturer itself, which had already accused Gobert of not giving it his all during races... Gobert was a quick rider, but was also out of control.

CAPIREX AND APRILIA IN COURT - The Capirex case was very different. At the end of 1998, Aprilia broke its contract with Capirossi for the following year, after his crash with team-mate Tetsuya Harada saw him accused of unsporting behaviour.

The Italian manufacturer was then summoned to court and Loris was declared innocent. Aprilia was thus forced to compensate the rider in order to put an end to the controversy.

THE KOCINSKI ERA - The album of (bad) memories also features the John Kocinski case. The talented but quick-tempered Californian rider, hired by Suzuki in 1993 to race in 250, was unhappy with his bike's performance at the end of the Dutch Grand Prix at Assen, and so stopped at the side of the track, revving his engine until it broke. The result? Immediate dismissal.

However none of these cases, expect perhaps that of Capirossi, gained much media attention. In contrast, in F.1, the sacking of Alan Prost from Ferrari dominated the front pages of sports publications.

PROST AND THE 'TRUCK' - Controversy broke out in late 1991 during the Japanese Grand Prix, at the end of which Prost criticised his single-seater's lack of performance, calling it a 'truck'. His choice words resulted in his immediate dismissal from Ferrari, with Gianni Morbidelli replacing him in the final Grand Prix of the season in Australia.

Two years later, in 1993, it was Michael Andretti who would lose his place in McLaren to Mika Hakkinen.

THE MYSTERY OF ARNOUX - The highest category of car racing, perhaps because it is a lot more professional (so they say…) than motorcycling, is a real minefield when it comes to gossip about contract terminations. Certain cases are still shrouded in mystery today.

In 1985 for example, the relationship between René Arnoux and Ferrari came to an end after just one Grand Prix, one that he finished in 4th place!
And what about dear departed Andrea De Cesaris?

REQUEST FOR DAMAGES - Made famous after a spectacular crash at the Austrian GP in 1985, Andrea caused Ligier to lose its patience and was sacked immediately after the race, accused of having damaged an excessive number of chassis. De Cesaris actually left after the following GP, in Holland, and it is said that a sum was subtracted from his wages in order to cover the team's damages...