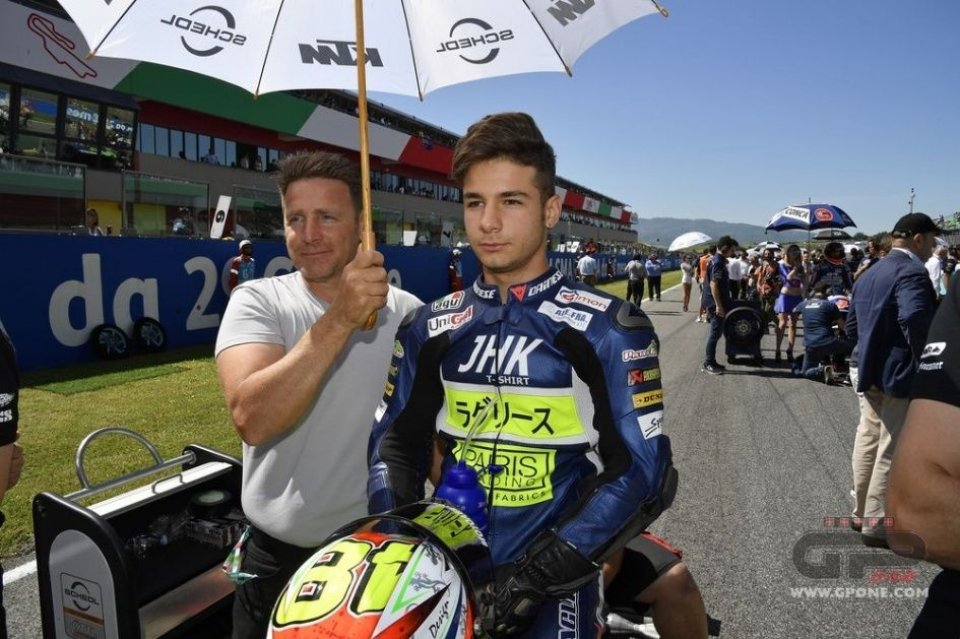 The official confirmation has arrived. As we already predicted several days ago,  Lorenzo Dalla Porta will take the place of Romano Fenati on the Sky Racing TeamVR46. With Fenati having been let go on Saturday, and after Valentino Rossi's confirmation of this one day later, the team needed to find a third rider to compete alongside Migno and Bulega.

The communication about Dalla Parta arrived this morning. Lorenzo's adventure with the KTM will begin in two weeks' time at Silverstone. Only Migno and Bulega will race at Brno, as in Austria.

In terms of past results, Lorenzo Dalla Porta won the Italian Championship, 125 class, in 2012, before gaining experience in the CEV.

He debuted in the world championship in 2015 at Indianapolis, when he stood in for Isaac Vinales, scoring 13 points by the end of the season thanks to an eight place finish at Silverstone, the track at which he'll race in two weeks' time. He returned to Moto3 this year, standing in for Oettl and Navarro, at Mugello and Assen, scoring a fifteenth and tenth place finish.