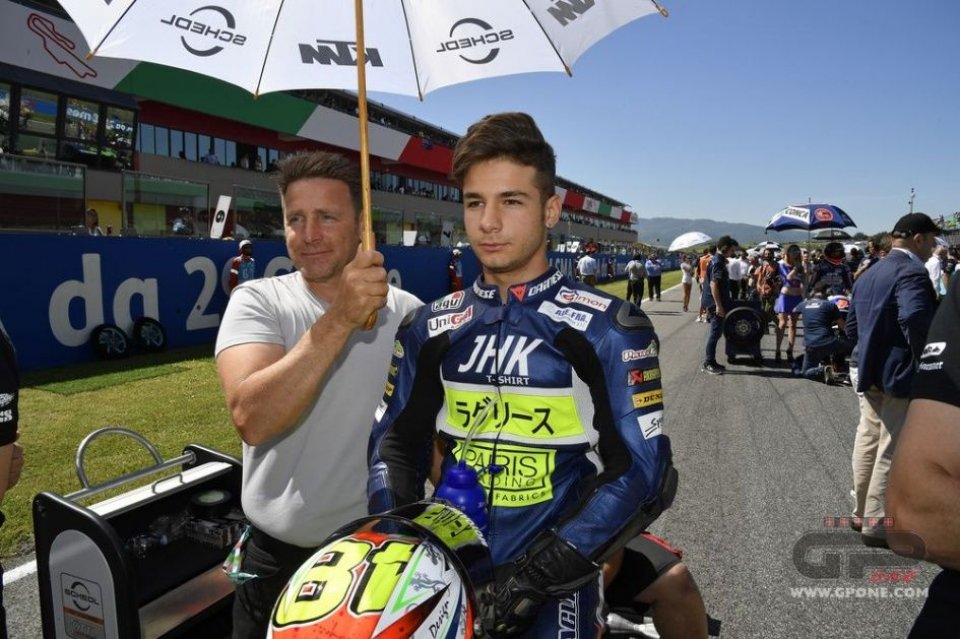 Paddock radio is talking about Lorenzo Dalla Porta as the possible replacement for Romano Fenati in the Sky VR46 team.

He debuted in Moto3 in 2015 with the Husqvarna Factory Laglisse team, competing at the Indianapolis Grand Prix in place of Isaac Viñales.

This year he raced in the Italian GP, substituting for injured rider Philipp Öttl on the KTM RC 250 GP of team Schedl GP Racing, closing in fifteenth place and scoring one championship point. He returned to the track at the Dutch Grand Prix, standing in for injured Jorge Navarro, and closing the race in tenth place.