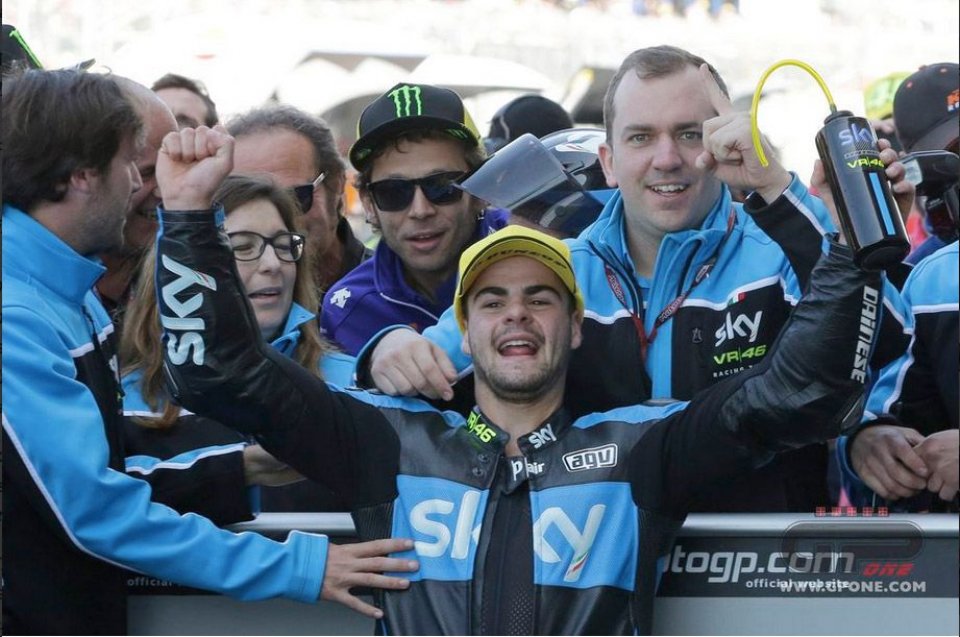 Yesterday evening, Fenati's suspension from Team Sky VR46 was confirmed with a brief statement that revealed few details as to the reasons for the split. Valentino Rossi spoke on the subject after the race, and didn't hide his disappointment about how the situation has turned out.

“It's a great shame, we're not happy about what's happened. I'd like to find the right words, I consider it a defeat, a battle lost - says the Doctor - Romano has great talent and we wanted to take a bet on him also for the future, but we had to give up”.

Though the press release only spoke of a suspension, relations with the team and with Valentino's Academy cannot be salvaged-

“I don't hink he can race with us at Brno - he confirms - It's not a decision that has been taken lightly and I don't think we can change our decision. We hope to succeed where others had failed: we wanted to help Romano show his full potential and become a professional. It didn't go to plan”.

The final straw appears to have been a heated argument with Uccio Salucci. But Rossi will not reveal any of the details.

“Sometimes Romano will flip out, the problem is that it keeps happening every 3 or 4 races. It's like starting over each time, nothing ever changes”, he concludes.

Bagnaia: "Rossi taught me to celebrate today and not think about the past...