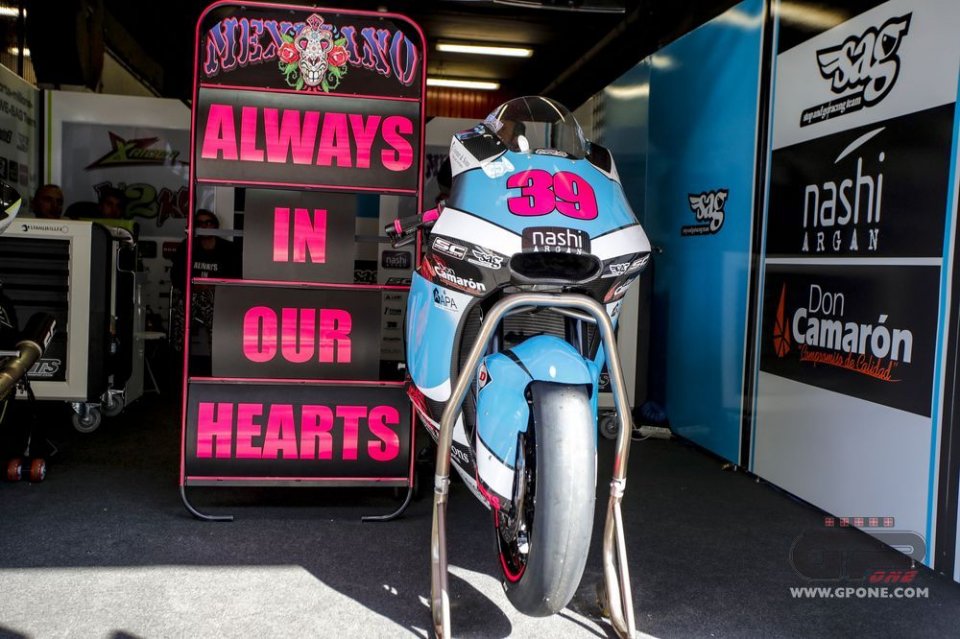 The International Motorcycle Federation has concluded its investigation regarding the bike of Luis Salom, the rider who tragically lost his life during the Catalan GP. Investigations were carried out under the supervision of the championship's Technical Director Danny Aldridge and also involved an independent telemetry expert nominated by Luis' family.

The investigations have found no mechanical or technical fault with Salom's bike and the possibility of a pothole or other track irregularity having caused the accident has been ruled out. The crash must therefore have been caused by a rider's error of judgment.

Here below is the full report.

This report has been prepared based on the inspection of the motorcycle by the Technica l Director and the Director of Technology and examination of telemetry data carried out at the Montmelo circuit in the immediate aftermath of the accident. The machine was then sealed with tamperproof plastic seals and handed to the custody of judicial expert Angle Calzada Gomez. A further inspection of the machine took place in the presence of SAG team members, the Salom family and an independent telemetry expert, Lluis Lleonart Gomez, appointed by the famiily, when the motorcycle was returned to the Team on 29th of June 2016.

Immediately after the crash, the motorcycle of Luis Salom was delivered directly to the Technical Bay located in Pit Box 1. During an inspection of the motorcycle it was noticed that the “throttle” handlebar was loose and could easily be removed from the clamp that connects it to the fork leg. It is likely that this could be as a result of the crash. 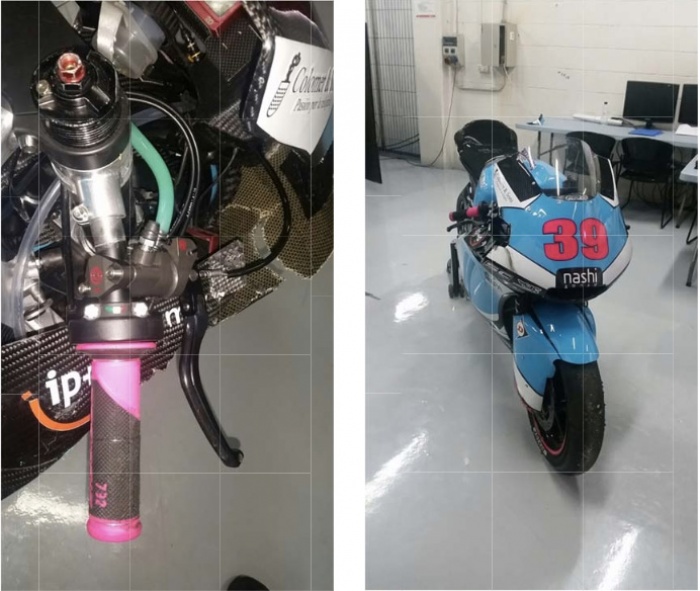 The rear wheel had extensive damage, resulting in one part collapsing in on itself. This type of damage is common when the wheel impacts with a solid object after a high speed crash. There is no evidence that the wheel was faulty or in any way caused the accident. 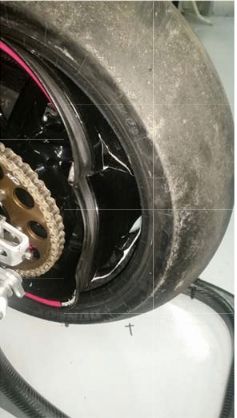 Front and rear tyres were inspected and were in good condition with the front tyre still in flated. The data showed the rear tyre pressure was at the recommended pressure of 1.4bar at the time of the incident. This confirms that the rear rim failure is a consequence of, and not a cause, of the accident.

The remainder of the motorcycle displayed damage to its bodywork consistent with a high speed crash. There were no other mechanical issues found on the motorcycle that were of any concern.

The condition of the machine and the initial conclusions were confirmed during the second inspection.

The data recorded by the ECU of the machine was downloaded and a comparison initially made between data from the relevant section of the track on a previous lap and the same section on the lap that the crash happened. The data is reproduced below. Mr. Gomez subsequently downloaded data from the rider’s fastest lap and made comparisons between that lap and the lap on which the crash happened. 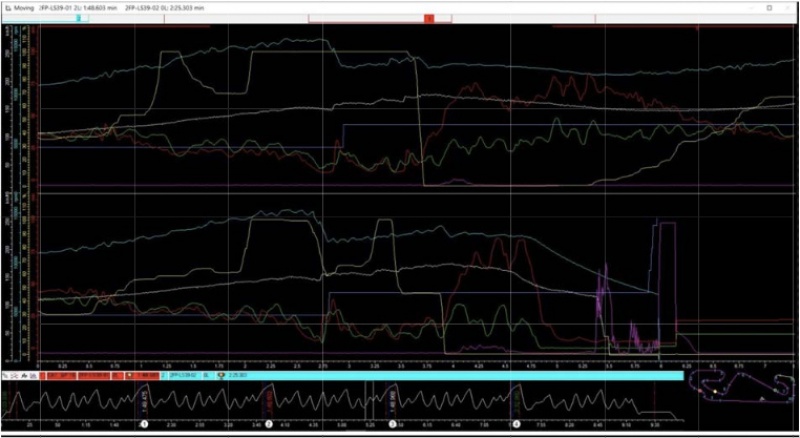 The upper part of the graphic is from a previous lap at turn 12.

The lower part of the graphic is the data from the crash into turn 12.

The lower graphic throttle data looks uncommon because instead of completely closing it shows the throttle partly closing to approximately 45% for a period of around 0.3 seconds before fully closing.

After the throttle is fully closed, brake pressure (In pink) is applied.

The larger movements in the front and rear suspension (Red & Green respectively) during braking on the lower graphic, after the throttle is closed, show instability of the bike just before the front speed reduces quickly indicating loss of control of the front of the bike resulting in a crash.

Confirming the initial analysis Mr. Gomez reported that his data showed that at the time of the accident the bike was 4 Km slower than its fastest lap but at the time of braking the rider was 7 or 8 meters closer to the curve than on his fastest lap. He confirmed that on the piece of straight between the two curves, there was a partial cut in the throttle.

Mr. Gomez speculated that the rider may have looked back and when returning to look forward misread his position, or was a little off line. This could have resulted in higher than usual brake pressure being applied, which was indicated on the telemetry.  As a result of being off line and the braking with the machine being banked the front wheel lost traction resulting in the crash.

Mr Gomez confirmed that he could not see anything unusual that he felt was of any concern. He also confirmed that there was no evidence in the data that raised issue with the track surface including possible bumps.