For the Ducati riders the holidays will start later than for their colleagues. From Sachsenring, they will move en-masse to Austria for two days of testing (Tuesday and Wednesday) at the Red Bull Ring. There will also be a special guest in the form of Casey Stoner, who will be back on the Desmosedici soon after the latest Misano test.

It seems no coincidence that the Australia has decided to participate in the two Austrian test days and Danilo Petrucci is quick to offer his opinion.

“I think Casey wants to see if he's competitive, because he wants to race in Austria", says the Italian.

Whenever Stoner is mentioned, surprises are always just around the corner.

“This winter I talked at length with him, I also asked him to ride my bike after the acccident - he recalls- He told me he didn't want to race anymore, that is was no longer his life because in the end a MotoGP rider only spends 5% of his time riding the bike."

But perhaps he's changed his mind.

“I saw him riding at Sepang, he was fast and wasn't pushing - continues Danilo - He's quick over the flying lap, we need to see over race distance. Austria could be the right place for a wildcard, that track should favour the Ducati. There are three straights and few corners, seven right and two left, the Desmosedici can make the difference in acceleration”.

“On paper it looks like a good track for us - he confirms - I've studied it when watching the F1 race. There are accelerations from first to second gear right up to fifth or sixth, where we're strong, but the details make the difference. Those we'll only discover once we get there, like that double left-hand downhill turn”.

What's clear is that the track will be an unknown for many and so Stoner would be on an 'almost' level playing field.

“I think Casey wants to test to see if he's fast, then he'll decide. I'm sure that he'll be quick, but hopefully not fast enough to be in front of me”, laughs Danilo. 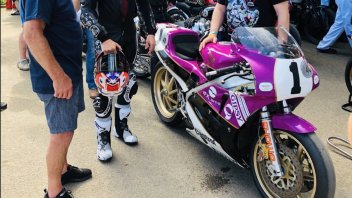 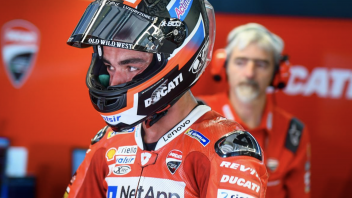 "I was slow last year, but now I have everything I need to stand out. I wanted to win in Qatar, but a fourth place means a lot to me."
6 hours 57 min ago

As the situation remains in a state of constant evolution, new dates for the French GP and the recently-postponed Gran Premio de España cannot be...
1 day 14 hours ago