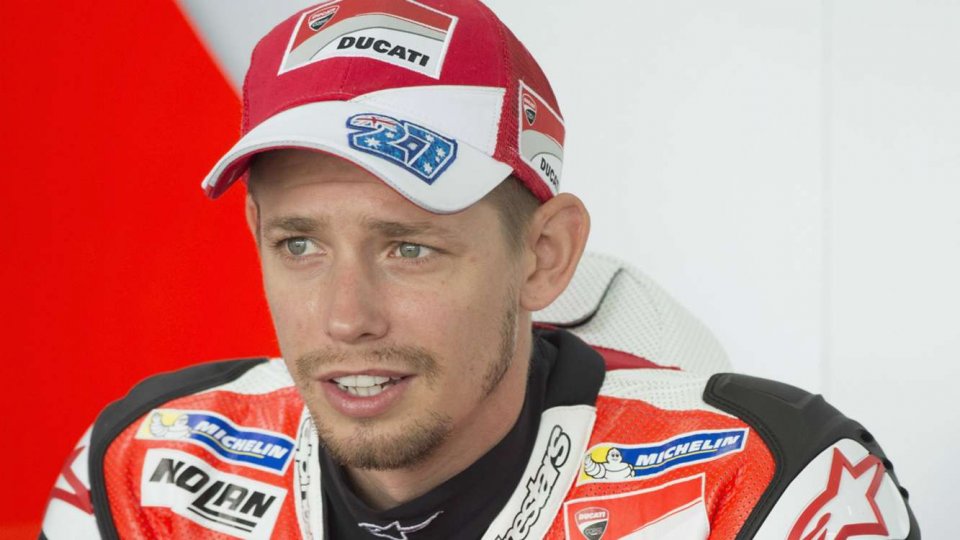 “I have already said everything there is to say about my future. I don't feel like answering the same questions.”

Yesterday morning Casey Stoner got out of bed on the wrong side, or if you prefer, on the right side: it depends on how you look at things… if you like people without masks, with no communication filters and who say exactly what they are thinking, then Casey is the type of person for you.

Some fearless colleagues asked the fastest Australian in the world the usual, trite and standard question: will you come back to racing or ride in at least one race?! And they received the reply they deserved.

Geniuses are like that. They have that unregulated side that everyone may not like, but the genius Stoner does not have self-destructive sides like rock stars and he doesn't fall into deep depression like some still life painter. Casey is natural, like the place he is from: “I'm out of the house almost all day long, but it isn't like I just go fishing. I do a lot of sports, including motocross, enduro and free-body workout. Now I have no lack of time and space.”

He, who was and perhaps still is the best at establishing new gaps between space and time; he who, as of today, was definitely the fastest rider astride a GP bike; he who arrived at the press conference with bags under his eyes and a decidedly slow gait.

“I'll be honest” he confided “the enthusiasm and affection that the fans showed me at World Ducati Weekend was way over the top. I did not expect so much warmth. I must admit, I was flattered. I did not expect it at all.”

After all, you are the only MotoGP world champion that Ducati can claim...

“Sure, but the fans were only praising and cheering for me, sometimes neglecting this year's official riders. At a certain point I felt a bit embarrassed for them.”

Our esteemed colleagues tried once again to “entice the enemy”, beating about the bush… “are you asking me if this bike that I rode is better than the one at the Sepang tests? Well, it is because the electronics and the tyres have taken some steps forward, so it was easier to ride. But you cannot compare two different tracks like the Malaysian one and Misano. You want to know if Lorenzo will be able to do well next year? Realistically, I cannot predict the future. Among other things, I don't know how Jorge rides, nor what setup he uses now on the Yamaha. You'll all have to wait until the Valencia test at the end of the season, and I will say this: I am also curious to see his potential with the Desmosedici, but I think that a champion like he is can win with Ducati as well.”

A shy, but brave little voice tried once again: “After the test in Austria will you go back to racing?”…

Casey thinks about it, prepares a reply but is interrupted by another question that he responds to straight away: “I don't know if I'll coach Lorenzo next year” he replies smiling “but one thing is certain: I will do my best to give him a bike he can win with, that he can stay up front on.”

Stoner would also like to try the Panigale SBK, but the test has not yet been arranged and he is sure of one thing: “the Panigale cannot be fast only with Chaz Davies. Davide Giugliano is often fast as well. They most likely need to improve, but I am sure that by working in the right direction they will continue to stay out front.”

The events of Barcelona did not go unnoticed by Stoner, who says little, but has clear ideas about everything: “that spot of the track has been the centre of discussion for a long time. An escape route like that is suitable for cars, but not for bikes. Unfortunately it went badly for Salom, poor guy, but try to imagine what could have happened on that turn in a wet race... many, many times we have raised that and other issues, but all in vain.”

Casey is always attentive to the safety issue and he also points out another aspect that generates debate: “I also tested the bike without winglets, without changing the setup and the front end came up more than on the version with them. We had the winglets in 2010 as well, but no one kicked up any dust about it, so why should we have to take them off now?” 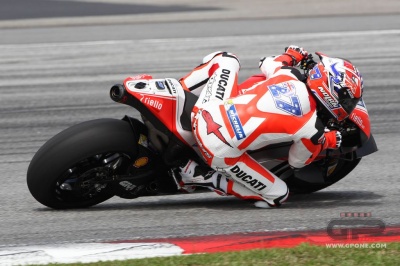 The last attempt came unexpectedly, but Casey was not caught out unprepared: “have I thought about going back to racing? Of course I've thought about it, but then, looking at my colleagues faces on the starting grid, all... stressed and tense... I said to myself: ‘better off forgetting about it’…”

He leaves, but not too quickly; he is about to get his freedom back, but an informal and friendly tone (almost) always works…

Casey, are you as fast in life as you are on the bike?

“No, I like to take it easy. Now I'll have a peaceful lunch and then decide what to do.”

Would your wife, Adriana, like you to get back into racing or is she happy to have her husband at home?

But is it true that soon your family will be bigger?

Are you and Adriana expecting another child?

We realise that the question is extremely private, but… “No, for now we are not expecting another child (he laughs).”

You grew up early and very quickly, but as a boy did you have a hero, a role model you looked up to?

And why him? Because he is your compatriot?

“Michael had one of the worst accident a rider can have, but he reacted brilliantly. He began to win late, but as the years passed he was always stronger and consistent. It just goes to show that in bikes, age doesn't count for much and time is relative.”

Got it. And now that you're grown, who is your idol?

That is what it means to have clear ideas.