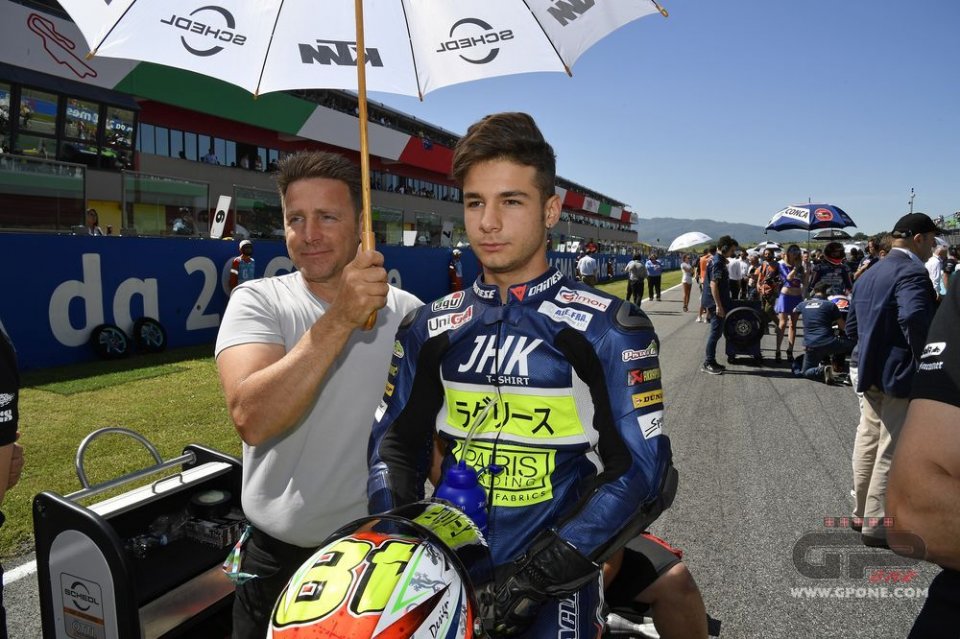 Lorenzo Dalla Porta will substitute for Jorge Navarro, who is forced to rest after fracturing his tibia and undergoing surgery. Dalla Porta will ride the Honda for team Estrella Galicia at Assen.

The 18-year old from Prato is currently leading the CEV Moto3 championship, with the Husqvarna of team Laglisse, thanks to a double win at the latest Barcelona round. He competed in 9 world championship races last season (best result 8th at Silverstone) with the same team that he rides with in the CEV, while this season he stood in for Oettl on the KTM at Mugello, crossing the line 15th.

Lorenzo will be riding a Honda for the first time, alongside Canet.

“It's a pity Navarro is injured considering his previous form and the fact he scored his first world championship win just a week earlier at the Catalan GP - commented team principal Emilio Alzamora - The whole team wishes him a speedy recovery and we hope to see him back on the bike as soon as possible. We hoped to be able to count on one of the riders who race in our Junior Team in CEV, but they do not meet with the minimum age requirement, and so we decided to offer this opportunity to young talent Lorenzo Dalla Porta”.

Dalla Porta is ready to repay the trust put in him: “I'm highly motivated. To be able to race in the world championship with team Estrella Galicia is a big deal. I really want to ride the Honda and to do it well, because it's one of the best bikes and I'll be with one of the best teams”.

Among the other teams, Webike SRC Kawasaki France Trickstar (EWC champions) and Moto Ain (Superstock champions) will use the French tyres
2 hours 56 min ago

He tells of the horrendous crash in which he nearly lost his life and recounts tales of gangsters, glamour models and glory in one of the most...
11 hours 48 min ago

VIDEO - The two brothers will wear special graphics to show their solidarity at this time. Helmets, gloves and boots will then be auctioned off for...
1 day 8 hours ago

The Dutchman: "In the afternoon I had some problems with front end confidence"; Razgatlioglu: "Too many things to try confused me; my head is...
1 day 20 hours ago

The Circuit of the Americas has made it official: no US race for this year
1 day 23 hours ago

The young rider was transferred to a ward at the Meyer hospital in Florence. She fractured her pelvis at Mugello during the first CIV test but will...
3 days 8 hours ago