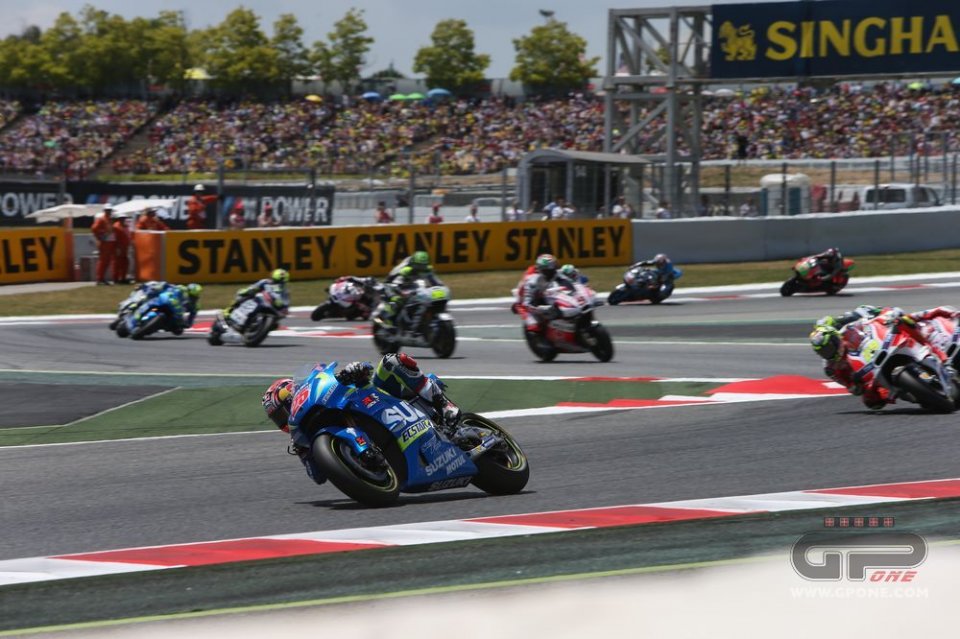 The SAG team, for which Salom rode, today issued a press release in which it clarified the causes of the accident which proved to be fatal for the young Spanish rider. The cause was a bump in the track that caused him to lose grip at the front.

The MotoGP riders, consulted on the matter, expressed their opinion.

“I didn't see the telemetry, but that crash continues to seem strange to me and the speed was too high considering he braked just 9 metres later - states Valentino Rossi - On the other hand, it's true that the asphalt is uneven due to the F1 cars that damage it, and that grip is fairly low. At Assen we'll talk about changes for next year, the classic layout is better but it's also true that there are two dangerous points. To use the track, we need to increase the run-off areas”.

Marquez agrees on this point: “Today I had a bad crash, but there the run-off was wide and so I had no problems. For each crash there's always a cause but the real problem is the proximity of the walls”.

Lorenzo is also on the same wavelength: “to use those two turns we need more space and gravel on the run-off at turn 12, F1 doesn't use them and so it wouldn't affect them. Using the chicane, as we did, can lead to dangerous situations if you make a mistake, as happened to me with Iannone”.

Pedrosa also observed the critical points at that corner. “I realised today, now we're using the chicane - he explains - The tracks goes slightly downhill and it's difficult to brake, you also tend to enter it wide but by doing so you run onto the white line. It seems they've applied several coats of paint, it's thick, and becomes difficult to control the front”.