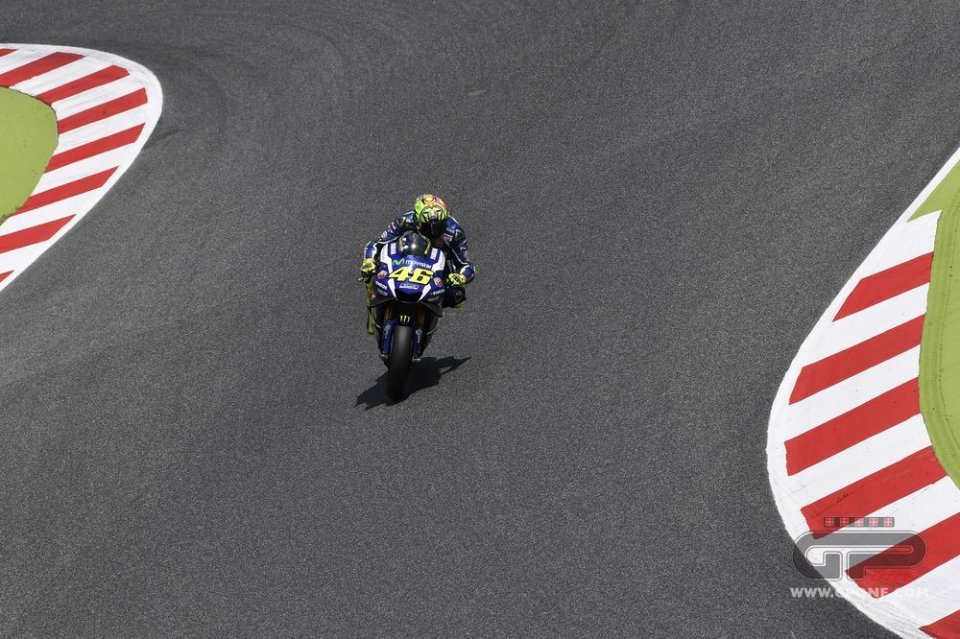 After yesterday's win, Valentino gave himself the morning off before climbing on his M1 after lunch. “I woke to the sound of the bikes lapping” he jokes at the end of the day. Following the joy of having conquered Barcelona once again, it was once again time to roll his sleeves up.

“It was truly satisfying, a perfect Sunday, everything went well at the end of a weekend that was difficult for many reasons”, he explains.

This was only day one of testing for you…
“We'll stay on tomorrow and have divided up the work. Today I tested the tyres brought by Michelin and found them better than those used in the race, especially the rear”.

And what about the new frame?
“I quite liked it, even though that's only a first impression. If this is confirmed tomorrow, when I try the swing-arm too, I might already use it at Assen”.

How is it better?
“They've told me not to say... always the same thing, it lets you take the corner faster (he laughs)”.

One question about your teammate - Forcada won't follow Lorenzo to Ducati, what do you think about that?
“Every rider is different, taking your team with you has its advantages and disadvantages, but it's a personal decision. Ramon is very good, he has experience, but the Ducati is a very different bike and it's important to already know it”. 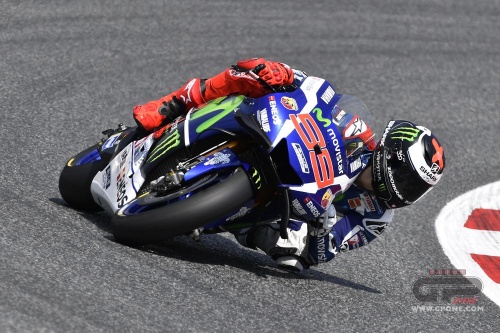 Jorge has confirmed he will split from his historic crew chief at the end of the season. “It's not really official yet, but it's true” he admits. He could be replaced by either Gabarrini (the most probable) or Romagnoli.

“Yamaha has a great team, the atmosphere is great and professional, and it's difficult to leave. I asked Ramon to come with me, he's one of the best technicians in MotoGP, if not the best. I'm working to build a very strong team”.

A very Italian team?
“There are many Italians working in Ducati and they want to keep many of their technicians, we'll see what combination we come up with”.

With regard to Ducati, have you spoken with Iannone?
“Yes, yesterday evening he finally came to apologise, to give him credit. We all have to learn and he's willing to do so and smart enough to be able to improve”.