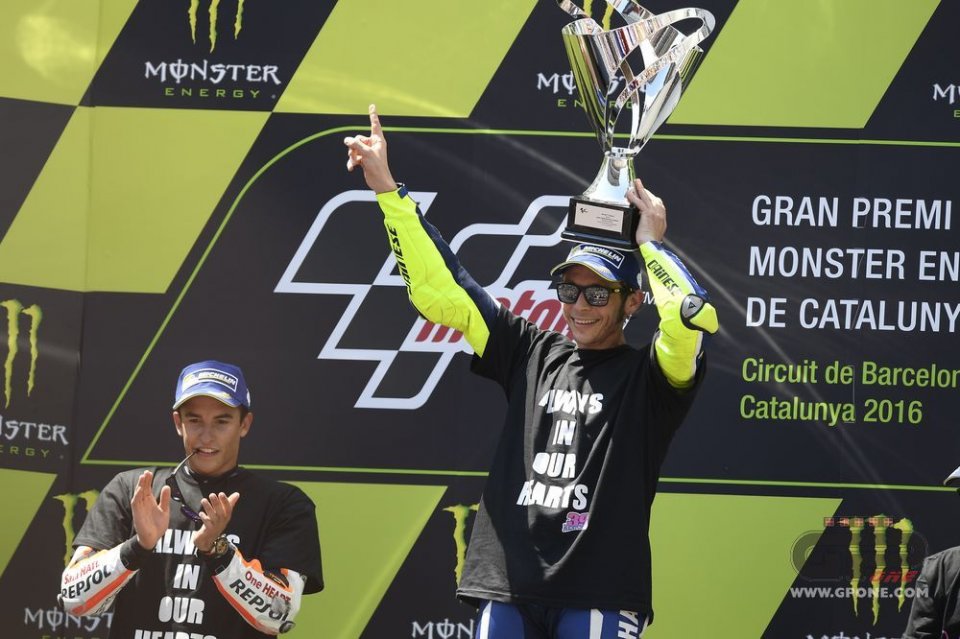 Maybe it is more than just a saying that even in the deepest darkness a sliver of light can be born. The Barcelona GP was marked by mourning, followed by controversies that were as pointless as they were inappropriate. However, something changed today and the sport of motorcycle racing showed a side that it seemed had been lost.

Rossi and Marquez gave the fans a great battle, spectacular and professional, and after months of iciness, they got over that wall that divided them. A handshake in the closed park, a few words on the podium and a couple of jokes in the press conference, what many had been awaiting for some time.

Valentino dedicated his win to Salom: “it's a small tribute to Luis and his family. I know that it is not very important. It will not bring him back to us. Riding a good race is the only thing that we can do to remember him.”

There was also your handshake with Marquez....
“It was the right thing to do. When certain things happen, everything else loses all importance. We compete in a dangerous sport and we need to stay more calm, having a different attitude helps. Certain things make it difficult to concentrate.”

Do you think that this weekend represents a turning point in your relationship?
“Yes. A tragic event unites people. It brings you close to those around you.”

Do you think that you and Lorenzo could become closer as well?
“The situation with him is different. At the beginning of the season I didn't think that we would no longer be speaking or greeting each other. However, I noticed that since my return to Yamaha I was always the one who would go to him. I thought that for once he could be the one to make the first move, but it never happened.”

Let's talk about your win, the tenth in Barcelona…
“I unlocked the 10th level, just like in a video game (he laughs) It's the first time I've been in double digits. It seemed like a curse after not being able to at Mugello and in the Championship last year.”

Yesterday you seemed to be struggling…
“This morning we changed the bike to adapt it to the new part of the track. Being fast this morning brought me peace of mind. I didn't get off to a good start and then I braked a bit too early on the first corner. In any case, I had a good pace and was able to come back and break away from all the riders I overtook. It was only with Marquez that I didn't manage to break away.”

In the end you even came to terms with that turn 10…
“Yesterday I went to look at it and I realised that there is not much of an escape lane, even after the changes. For safety it's better this way.” 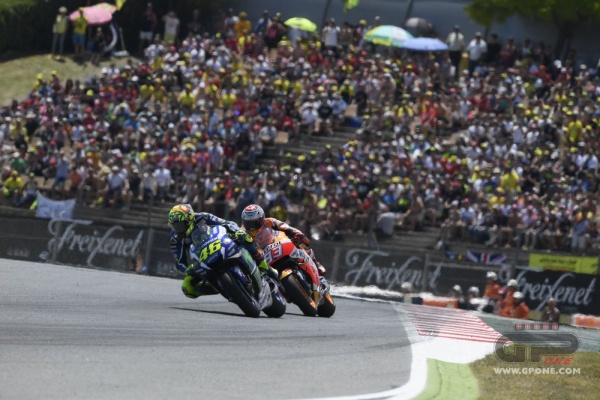 Then the battle began…
“Fantastic, I liked it: I place it on the same level as the one with Lorenzo in 2009. When he overtook me though, I saw that he was also struggling with the tyres. I was able to overtake him again and break away. It is always satisfying to beat Marc.”

Did you think about your relationship in that battle?
“When you are there you have to remove certain thoughts from your mind, place personal differences aside. He just becomes ‘Marquez the rider’, like when you compete against a skilled rival on the computer and you choose your strategy to beat him.”

What was the plan?
“Once Lorenzo was out, I knew that Marc could also settle for finishing 2nd, but I couldn't because I had more points that I needed to make up and on two riders.”

You did it. Do you feel more in form this year?
“The only important thing is being fast at 2 o'clock on Sunday afternoon, but last season sometimes I wasn't as fast as Lorenzo and Marquez. I feel more in form than last year, even if I have less points in the championship. It's a nice moment. I feel good both with the M1 and with the Michelins. It's a season where every race is more open and interesting. The different circuits make the difference.”