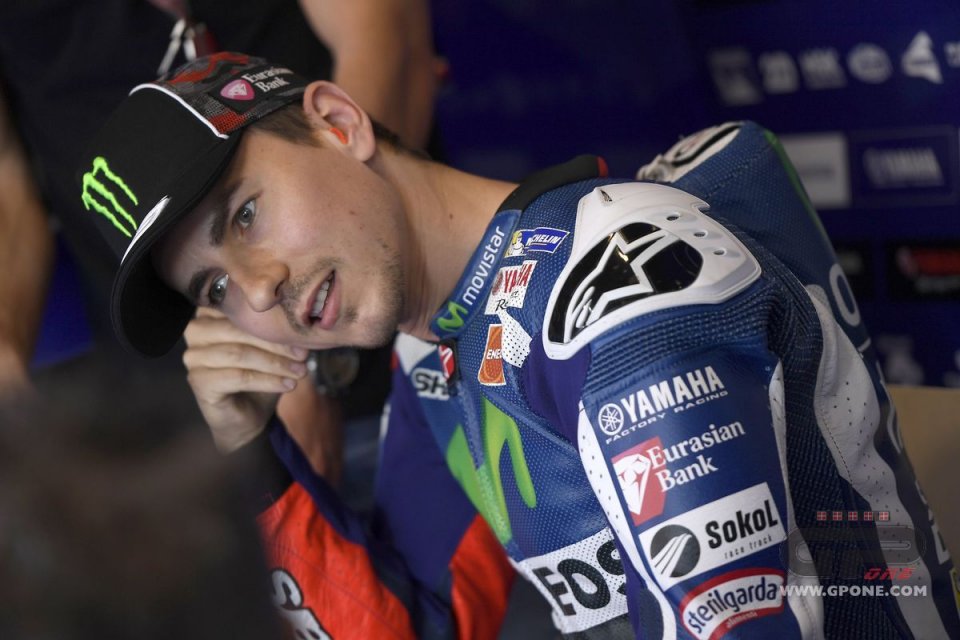 For once Valentino Rossi and Jorge Lorenzo are in agreement. The changes made to the Barcelona circuit, after the tragic death of Luis Salom, have altered the situation for everyone. While Honda seems reborn, Yamaha is struggling. The Doctor had to settle for fifth, while Lorenzo managed to ruin the Honda party, finishing second. The Majorcan is not pleased with the track modifications, or the fact he wasn't involved in the Safety Commission meeting which took place on Friday afternoon.

“We're all very upset, because Luis is dead and this is more important than anything else. Yesterday the safety commission met and the layout was modified. I think all the riders and teams should have been heard, after this serious accident, but it didn't go that way. Only ten took part”.

“Personally I knew nothing about this, no-one contacted me. I'm also world champion and my opinion would have been useful. I don't usually go to these meetings, but it was essential to be there yesterday”.

What do you not agree with?

“I believe that only the corner where the accident took place needed to be modified, where there wasn't even any gravel. I don't understand why they've altered ten too, as there were no particular problems there”.

“Now the turn is much slower than before. It's more complicated for us, because the Yamaha suffers coming out of the slow turns, while for Honda it's better. It's a positive change for them”.

But you're starting from the front row on Sunday?

“Despite the change, we were able to do well, setting the second fastest time. A significant result, although the race will be a long one and anything could happen. Our critical point is braking, while the Hondas seem more comfortable”.

“I was leaning too much. It happens when you push on a MotoGP. I have injuries all over my body. I’ll have to wait and understand my condition. It’s...
14 hours 52 min ago

The calendar for next year has been set and will be made public today. After Kazakhstan, another country enters the World Championship.
21 hours 44 min ago