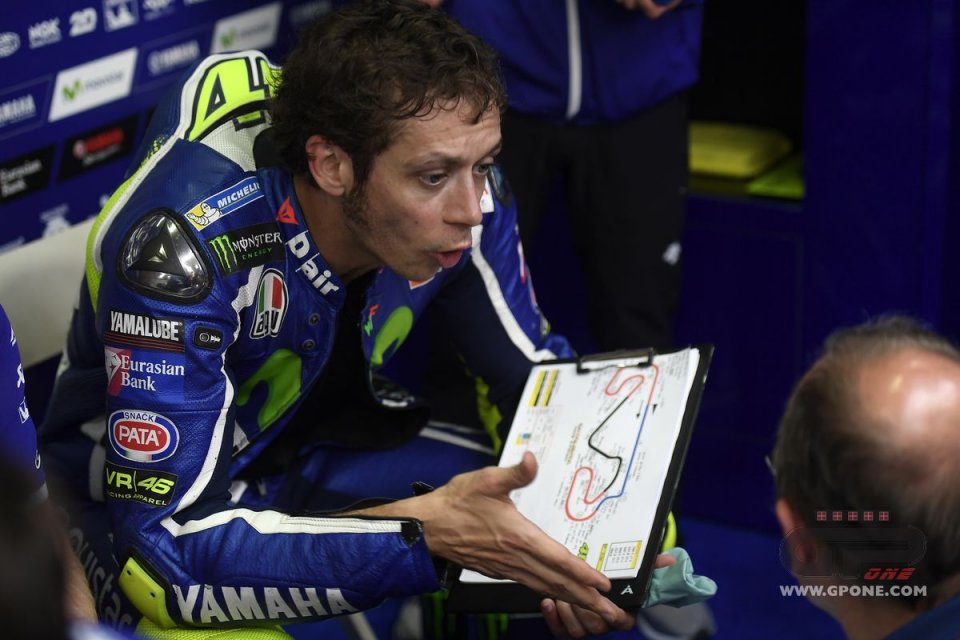 The absentees are always wrong and Valentino Rossi takes full responsibility for missing the Safety Commission, but in front of the Sky cameras, his position was clear with regard to the track changes: “I don't understand why they modified turn 10, where nothing happened. Probably those who did it, did it because it was better for his bike and worse for the other and not for safety reasons. What was the reason for this change? It's not true that the run-off was insufficient".

The Doctor's words are in poor taste, because we are talking about a modification to the track made after the tragic death of a young man just hours before. An element that should put accusations against his rivals into second place.

Like Valentino, Lorenzo too debated the decisions of the Safety Commission. “I knew nothing, the normal procedure would be to communicate that something special was happening. I think they should have called all the riders, I'm the world champion and am leading the current championship.” Not exactly precise, in that the Safety Commission is not a set meeting, it's open to all, just like it was yesterday.

Statements that are, therefore, not easily justified. In fact, in the press conference, Valentino changed his position.

“I know about the Safety Commission, I had commitments and I didn't go, I take responsibility and accept their decision", he confirms.

Was it a mistake not to go?
“Maybe, this year I've never been able to, I have many commitments. If you don't go, you ahve to accept what they decide, I didn't imagine that they'd modify the track”.

Is turn 12 really dangerous?
“I think something strange happened with Salom, it wasn't a normal crash. But we realised two years ago that Antonelli, when he crashed, touched the protection. Unfortunately, at many track there are points in which, if you have certain technical problems , there are risks. For six years we've been asking that the run-off is increased there, but there's a grandstand and it would be too expensive”.

Are there similar things at other tracks?
“At least a dozen, the final corner at Jerez, turn 10 at Motegi, the ‘S’ at Austin”.

They've also modified turn 10…
“As I've said, I wasn't there and I accept the decision, but that corner didn't need to be changed. I don't understand what the problem was there in terms of safety”.

What doubts did you have about Salomìs crash?
“it's quite a fast point and you can crash when you lose the front, but usuaully that happens 30 metres later with respect to the point in which Luis crashed, he crashed at too high a speed. Anything could have happened: a steering problem, the brakes, the engine, I don't know”.

What would have happened if there was gravel?
“Probably the bike would have changed direction and Luis wouldn't have hit it, or maybe not. I think it would have been better. It's always like that at track where the F1 races too, compromises need to be made. But I think what happened was fate, not down to the track but a malfunction’.

How was it to return to the track today?
“It's difficult to maintain your concentration. I can't say I was a friend of Salom, though VR46 took care of his merchandising, I wouldn't see him much. But my first thought is to go home, though not racing wouldn't have been right, we would only have delayed it for a few weeks”.