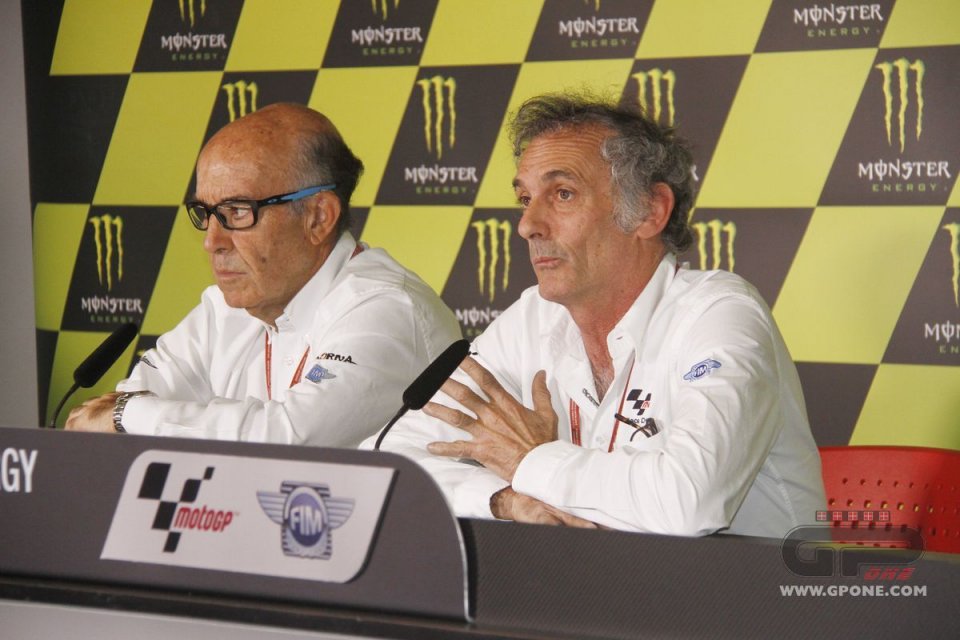 We don't yet know what caused the crash that led to Luis Salom's death. “We don't yet have an explanation for the incident, we're investigating it, but his trajectory was wider than usual”, explained Dorna CEO Carmelo Ezpeleta.

“Iìm sure we'll be able to identify the cause, but it will take time - says Franco Uncini, FIM safety director and Race Direction member - For now I can only say that, comparing his crash to others that have taken place there in the past, the trajectory is strange”.

Many have asked whether the asphalt run-off would have made the impact worse.

“We know what happened, not what could have happened - continues Uncini - It's true that the asphalt at the point was requested y the FIA, for the F1 race, but it's also true that in the past, it's also been of use to the bike, allowing the riders to slow down. I can say, however, that the airfence worked well, softening the impact, but unfortunately Salom hit the bike which bounced against the protection”.

Fate is the word we use in these cases.

“The riders have never asked us to modify that corner before now - underlines Ezpeleta - Now we are aware that a situation of this kind, however particular, can happen and for this reason we must find a solution”.

“The MotoGP riders had tested it two years ago during testing, but they preferred to continue to use the old layout - recalls Uncini - Overnight we have worked hard and the chicane is slightly different. In terms of safety, we've put down a gravel bed on the run-off at turn 14 and airfencing at turn 15. We've taken down walls where possible and at the exit to the chicane we've designed an external kerb two metres before the asphalt ends, preventing the riders from passing too close to the barriers”.

The decision was a unanimous one, taken by the riders who took part in the Safety Commission.

“They told us that they wanted to race to honour Salom's memory and his team agreed - continued the safety director - The riders worked with us on the track modifications, analysing each element. For example, you now need to accelerate through the final corner which means an increase in top speed, but a limited one”.

Further modifications to the layout are under discussion.

“We will talk about this from Assen onwards, to understand whether to maintain the chicane or request modifications to that corner. First we will await the results of our investigations”, concludes Ezpeleta.