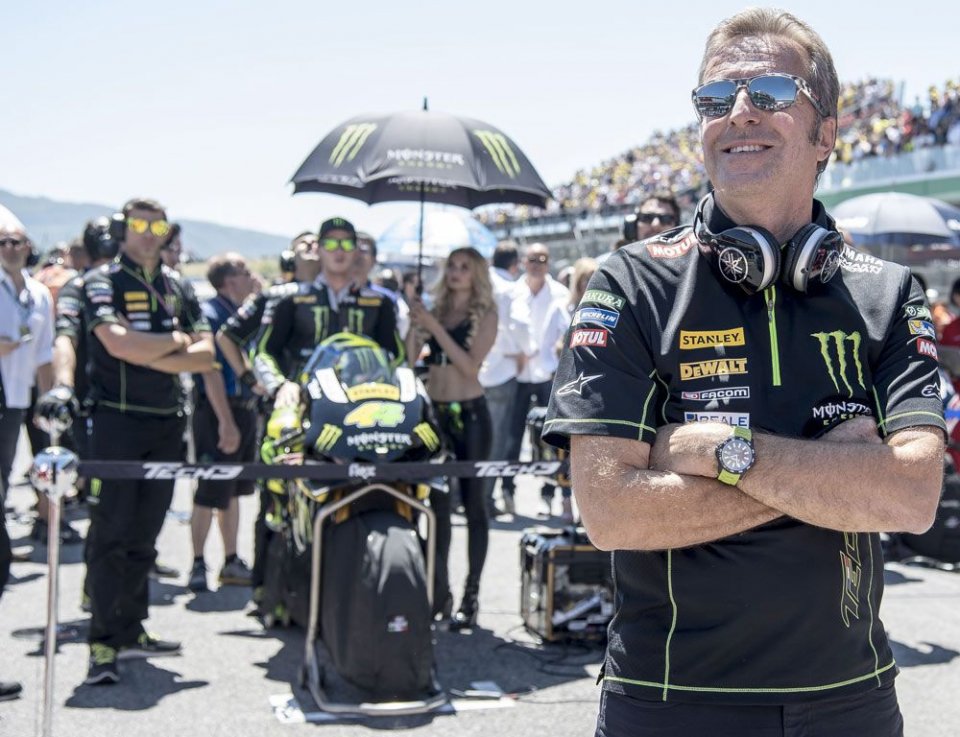 Perhaps it's destiny, Hervé Pocharal is about to start speaking when his phone rings. “It's Carmelo Ezpeleta” smiles the Tech3 team manager and IRTA president. The Dorna boss can wait, Poncharal wants to get a few things off his chest first.

“I'm not a very happy man or team manager right now - he admits - First I lost Smith and now Pol has decided to go too. Dorna, IRTA and FIM are doing a good job, but the truth is that the strongest young riders are not interested in racing for an independent team, even though this is difficult to grasp”.

Why?
“The current situation tell us that there are at least the factory bikes of four manufacturers ahead of us. A few years ago, we were able to beat some of the factory bikes at times, but that's no longer possible. In 2012 we had 8 podiums, but that's no longer possible. If were second division back then, now we're 3rd division”.

But you are the Yamaha Junior Team…
“We were, the last rider to move from Tech3 to the factory team was Spies in 2011. The truth is that in our sport it is the rider who makes the difference, we have a great bike, but the best youngster only want to be in a factory team”.

What's your plan for next season?
“As I've said, our bike is very competitive, but for some reason no-one wants it (he laughs). It's a difficult decision, as without the right rider you can't attract important sponsors and without a sponsor you don't have the money to get the right rider”.

A chicken and egg situation... How do you see your role as an independent team in the future?
“I'm worried, I ask myself what we can do. Up until now we've focused on the technical side, but the riders are the key”.

Once there was the ‘rookies rule’, where a debuting rider couldn't start out in a factory team in MotoGP…
“I liked that, and it worked. Thanks to that rule, we had Spies, but we all know what happened when the interests of the main sponsors and manufacturers came into play”.

Racing in a satellite team is no longer the way to reach the factory team?
“Rins is a good example, he only wants a factory team. Can Tech3 be the best way to move up to the factory team? If you look at Vinales' path, arriving in Yamaha via Suzuki, then the answer could be no”.

Is this what led to Smith and Espargarò deciding to leave?
“I don't think it was just a question of salary to them, being in an official team means have a different level of support”.

Jarvis had also said that he never considered Pol for the factory team…
“I don't think he liked that much”.

So, after Folger, will you focus on another youngster?
“It's not easy to have a team with two rookies, it can go either way".

Do you consider the Marc VDS situation?
“I have the utmost respect for that team, but their backer is a fan, after certain results he could also decide to pull out”.

What does it cost for Tech3 to race in MotoGP?
“We're talking about 2.2 million for each rider for the bikes, then their salaries, between 400 and 800,000 euro. Then you factor in the salary of 40 people working on the team and the other costs. I'd say a season costs between 8 and 9 million euro”.

To achieve results?
“Not great ones, perhaps a tenth place. The first privateer rider also goes to parc ferme, but if he's so far back it doesn't mean much”.

The new technical regulation won't level out performance?
“It’s helped to bring in new manufacturers, like KTM, and helped those in difficulty to grow. Changes aren't needed, I don't want different tyres or other types of support like in the past. Different solutions need to be found. I repeat, our M1 is very similar to the factory bike but it's the riders who make the difference”.

Which ones?
“If you have any ideas… (he laughts) At Assen the team managers of the satellite teams will meet with Ezpeleta, it's not easy to find a solution”.

The young rider was transferred to a ward at the Meyer hospital in Florence. She fractured her pelvis at Mugello during the first CIV test but will...
1 day 4 hours ago

Upon authorization, highly skilled sportsmen and workers will be allowed to cross borders
2 days 14 min ago