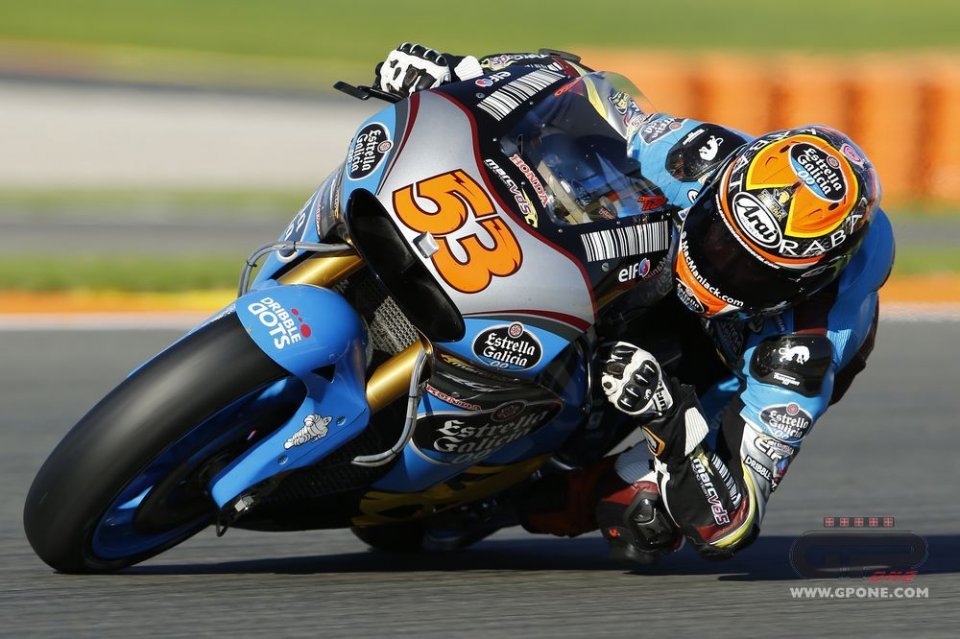 It is up to the doctors as to whether Tito Rabat can compete in the Barcelona GP. The Spanish rider fractured his left collarbone during the third free practice at Mugello and, less than two weeks later, he wants to get back on the bike.

Rabat underwent surgery (needing a titanium place and 8 screws) and then immediately began rehabilitation. “I have been fully focused on recovering as well as I possibly can, to be on track for my home race”  he said.

No easy feat, but not an impossible one either. On Thursday the doctors will see him and evaluate whether or not to give him the OK to race.

“Tito is confident he’s fit to ride in his home race. Sure, he won’t be fully fit, but he should be able to continue to improve his understanding of the bike despite the injury ”, added team principal Michael Bartholemy.

Formula 1 beats MotoGP 2 to 1 in Barcelona