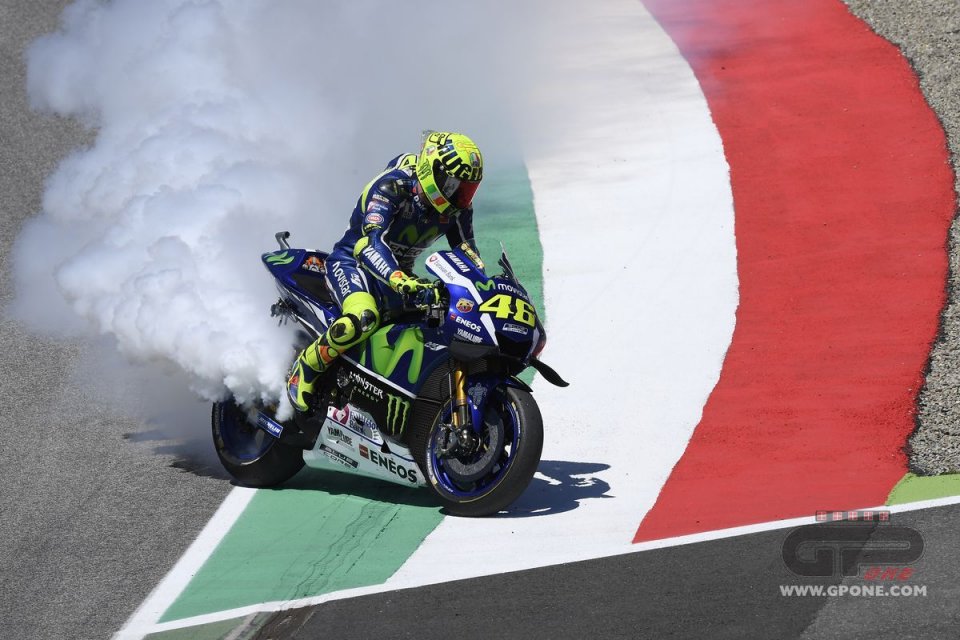 In Formula 1 it is a fairly normal event, in MotoGP a bit less, but the possibility of blowing an engine in a Grand Prix race must always be anticipated.

After all, we are talking about powerplants that reach 18,000 rpm, 1,000 cc displacement that puts out around 280 HP with a life whose days are numbered anyway from the start. In fact, they need to withstand at least 1,500 Km. Mileage that considers the fact that from Friday to Sunday a rider covers an average of 600 Km which, multiplied by 18 GP rounds makes 10,800 Km. Divide that number by the 7 engines permitted according to the regulations and you get the expected 'life' of an powerplant.

Actually, motorcycle engines are…'fortunate' because maximum revolutions are reached and sustained for less than 30% of the race time, which becomes 70% in F1. The reason is simple: the corners.

In F1, because of the enormous downforce achieved thanks to the aerodynamic load, the drivers can keep the pedal to the floor, but for their rider counterparts that is not possible. Not to mention the added time they have because of the shorter braking sections.

Whatever the case, on Sunday Yamaha blew two engines: Lorenzo's at the end of the warm-up and Rossi's eight laps into the race.
The question, or rather the two questions are: was it an error in calculation? And then: what happened? 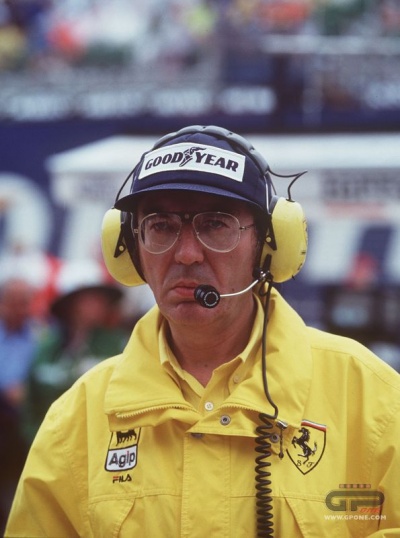 "F1 is an unripe technology - explains Lombardi - because from 2014 the regulations have been oriented more toward efficiency than performance. The number of engines is limited, some parts are standardised, in short, there are various restrictions so you need to evolve, experiment. Among other things, with these power units the bar has been raised very high and everything is complicated.

On the contrary, with bikes we have a ripe technology, even if the restriction of the standard ECU may have pushed some to exacerbate their research to achieve higher performance. But in my opinion, the reason for the two blown Yamaha engines is another one: I get the impression that they focused everything on the extremely long straight stretch (1.41 metres - editor's note) where it develops full and sustained power. Maybe they worked on the ignition advance.

They took some risks, which randomly caused Valentino's engine to blow, but also Lorenzo's flying win by just 19 thousandths of a second. A reasonable risk? I think so because it could have been, as it was, decisive, even if the price paid was high. If they hadn't taken it, Honda would have won."

So wherein lies Yamaha's mistake? Perhaps in not pulling Rossi's engine after seeing Lorenzo's blow up in a cloud of smoke?
It would not seem so.

Therefore it was newer. And according to the Japanese engineers, not a risk to blow based on the mileage.
However, the second question must be answered: what happened?

The long, heavy, white smoke speaks clearly of a blown engine. Rossi spoke of an uncertainty in the previous lap that made him run on at the San Donato braking section.

Could that 'uncertainty' have been caused by an involuntary dragging over rev? Perhaps rider error then? It is possible, albeit improbable for someone with Rossi's experience.

In fact, we must remember that over revving in acceleration is impossible because the electronics kick in and the limiter prevents it. On the other hand, when the engine is dragged, like in the case of violent braking slamming in the gears in rapid succession, it is possible to exceed the maximum allowed rpm.

In this case the valves would suffer and possibly be damaged. In some cases of severe damage we have even seen the stem break and lodge in the piston crown. But even this part can be damaged to the point of burning.

In any case, all we can do is hypothesise. Only if Yamaha decides to let us know, will we be certain of what happened. For the moment, the only thing that is certain is that until the engine blew, the temperatures were under control. Therefore it was sudden damage and not caused by the overheating from 8 laps ridden in Lorenzo's slipstream.

The doubt remains as to why no one thought of swapping out Rossi's engine as a precaution.

Silvano Galbusera responded  Radio24: "We could have imagined anything except blowing an engine. Vale's even had less kilometres on it than Jorge's. It would have been risky to change it and race in the GP without ever even having ridden a lap."

In short, as they say in English: "shit happens!"
The hypothesis of a batch of defective parts still holds water. In other words, parts with production defects that were unable to withstand the foreseen mileage.

Yamaha will try to find out within the week that separates us from the Barcelona Grand Prix. And hopefully that is the case, because the rules state that even the engines that haven't been punched must stay 'frozen' in development.

In other words, internal components can be changed, maybe with other products from another supplier, but the designs and original measurements cannot be modified.
The riders from Iwata should be concerned - the straight stretch at Barcelona is no joke either.