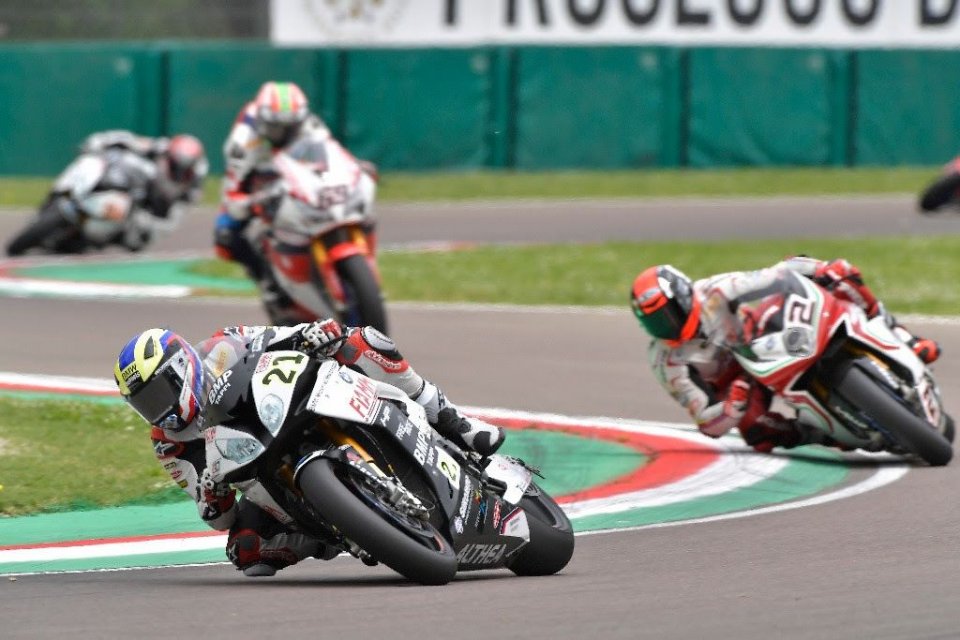 Jordi Torres was on the attack at the Imola track. Despite having qualified sixth in the Superpole, the Althea man was forced to play catch up right from the start, finding himself battling with the two Hondas and then with his teammate. In the end he had to console himself with seventh place: “I thought I’d made a good start but still lost some places” he explained.

Changes made after Race 1 didn't have the desired effect: “We changed a few things for race 2, also using new brake pads. Unfortunately though, the bike seemed too loaded at the front and I wasn’t confident. There was also a lot of vibration which bothered me especially in the second half of the race”.

Markus Reiterberger had an even tougher time. A Sunday to forget for the BMW rider, who after fighting with Lowes and Camier lost contact with his rival, sliding back to twelfth place. A clear step backwards for the German:“Over the first six or seven laps I had good pace. Unfortunately I then started to suffer with a lot of vibration in the whole bike”.

The tyres certaintly didn't help, as has already happened in the past: “The rear tyre was destroyed - he added – struggling to finish the race. It’s a problem we’ve had before but not as bad as today so we must look at the data to understand how to resolve this.”​

Things went decidely better in the Stock1000, where De Rosa stepped onto the podium in third place. The Neapolitan rider was aiming for the win in front of his home crowd but lost out in a head-to-head with Mercado: “I didn't make the start I wanted – he commented – I had to play catch up, then suffered due to tyre wear.” The Althea rider concluded: “I really wanted to win at home but took too many risks. We'll try again at Donington”.