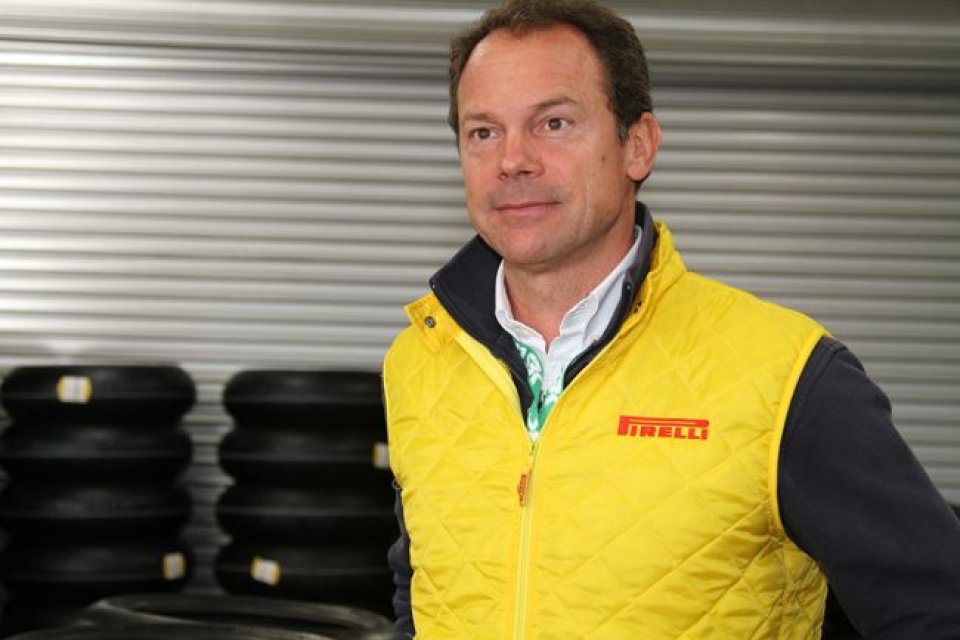 Giorgio Barbier has managed the Pirelli project in SBK ever since 2001, the season in which the Milanese manufacturer returned to competition after nine years, entrusting its product to just one rider, Australian Steve Martin, riding the Ducati 996 with team DFX Racing, a small but competent outfit.

After that promising debut, the commitment for Giorgio and Pirelli continued to increase until the top positions were well within reach, despite the company having less investment and means available compared to Michelin and Dunlop. The war between tyre suppliers was at its peak when, in late 2003, promoter Flammini stipulated an exclusive supply contract that would be the same for each team and rider, and valid for the 2004 season.

Many turned their noses up at first, but test by test and race by race feedback came in and the work of Giorgio and the company was increasingly appreciated, resulting in the subsequent contract renewals, first with Flammini and then with Dorna.

The tyre supply was, and still is, paid by the teams who receive the same treatment and the same material, with regard to both factory and private teams and development is therefore guaranteed to everyone without (too many) complaints or suspicions.

At a time in which the term ‘single tyre’ is particularly relevant, both in Formula 1 and in MotoGP, the company is striving to maintain its credibility while preventing criticism from becoming controversy or hypotheses about secret agreements between particular teams and the tyre company. Barbier tells us more about his personal experience:

"We started in 2001 and we were really novices but the team DFX’s competence and Steve Martin’s sensitivity really helped us to grow.”

No doubt, and there was particular growth between 2004 and today…

”Definitely if you consider how we bring about 6000 tyres each weekend, divided between the three categories (SBK, SS and STK), you can imagine the economic, organisational and logistic effort – it’s significant”.

What was the greatest challenge for you in 2004?

“To create a product at the cost of a standard tyre but with performance close to that of a prototype. It sounds obvious, but you need a great relationship with the riders, who are our testers, and the company during the production phase.” ​ 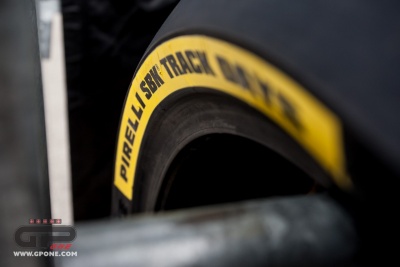 How many tyres to you bring to each SBK race for each rider?

“SBK needs 11 front and 13 rear tyres, and we provide each rider with 68 tyres so he can choose 3 or 4 different solutions at each track and change his mind up until the race: if he’s not happy after race 1 he is free to choose what he prefers.”

How can you guarantee reliability and performance and prevent “explosions” or unexpected tyre failures?

“The philosophy of the championship is to allowed production-derived bikes to race, so our tyres are also product-derived. Our mission is to provide product to racers today and offer it to the general public tomorrow. They are great tyres, which behave well on the road and wear in a constant way, without unexpected or unexplained drops in performance.”

Considering they are tyres aimed at the public, what is your philosophy, what strategy do you follow?

“Taking small steps is the approach that works best as it allows you to understand every single evolution or problem that arises; we arrive at a new track with evolutions that are not a total redesign of the tyre, but that offer small improvements ain different, pre-established areas.”

What changes have been made in the factory? Do you have specific departments or machinery?

“To be honest, the machines are the same as those used to product road tyres, we optimise the times in the knowledge that we carry out tests with the riders. When we are sure the product works well, the machines work automatically, easily producing hundreds of tyres each day.”

Do you use exotic, costly materials in producing the tyres?

“No, that’s not part of our philosophy nor that of the championship. We have great products that are of high quality, with accessible, contained costs. If this were not the case, we’d have to adapt our machinery and then raise prices for the customers. And that’s not the case.”

So the final product is decided upon by whom?

“By the riders in the championship: we try, we test, we compare the data and then we bring the tyres to the race. Then we bring our tyres to endurance and the various national competitions. Only after we have received all the feedback do we know which will be the ideal product to put on the market.”

What’s been the greatest difficulty you have faced between 2004 and today?

“Actually, the difficulty was not so much technical but a question of trust, starting with the manufacturers themselves, particularly the Japanese, who were wary of the formula and threatened to pull out of SBK. But, already after a few races, they started to believe in us and ask our advice on the product and how to adapt the tyres to the bikes.”

And the greatest satisfaction?

“The contract renewals, strongly desired by Flammini and, later, Dorna. We have a contract that runs until 2018 and everyone is very pleased with our actions”.

We’ve seen, in other championships, tyres – from other manufacturers – explode, fail and receive totally opposite comments from riders. Why has this happened do you think?

“These are the most difficult moments for a tyre manufacture and I believe that there has been an underestimation of the difficulties of modern-day motorcycling. To be away from racing for a long time means you have to reset everything and play catch-up, and making up that time lost in just a few months is impossible. The secret, in racing, is continuity.”